Top 10 European Bands of All Time 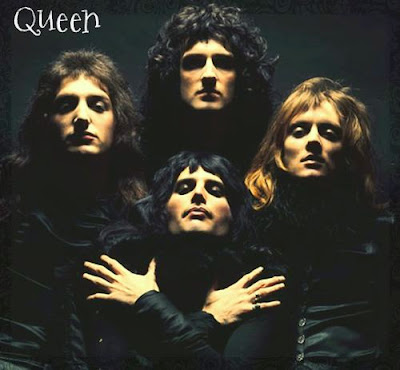 Queen is the definition of the rock genre. It is amazing how many hits the band has made. I love their music. I have been listening to Queen since I was five years old. I vividly remember when I first heard We Will Rock in the Mighty Ducks movie. Then, I thought wow…that’s the coolest thing my ears ever heard. Granted I was only five at the time. It still is one of the coolest.

Ultimate Classic Rock ranks Bohemian Rhapsody as Queen’s top song of all time. You can always count on the band from London, England to make high quality music. There is no other group as dynamic. Watch video...

When it is all said and done, Coldplay should take over as a top five contender. Right now, Coldplay is the ninth best European band of all time. Coldplay has one of the biggest audiences and the longest reach. The band’s Paradise YouTube video currently has over 260 million views. Watch it...

Chris Martin, Johnny Buckland, Guy Berryman and Will Champion combine to make the best chemistry project in music today. They are in two genres: alternative rock and post-Britpop. Originally from London, England Coldplay started in 1996 and has not stopped ever since.

The elite number eight is Europe. Watch Europe- the Final Countdown on YouTube. Originating out of Upplands Väsby, Sweden the band spans across three genres: heavy metal, hard rock, and glam metal. The band reactivated in 2003 after reuniting in 1999. Their best years were from 1979 to 1992. It is definitely the best Swedish band.

Lucky number seven is Pink Floyd. The English band is a popular band, who reigned for thirty years from 1965 until 1995. Nick Mason, Roger Waters, Richard Wright, Syd Barrett and David Gilmour made the most compelling music Europe and this world’s six other continents has ever seen.

Recognized in two genres: Neue Deutsche Härte and Industrial Metal, Rammstein is the best German band. It is easily a top ten European band of all time. You can make a case and boost Rammstein into the top five. The band makes the best hardcore music. My favorite song is Ich Will. Watch Ich Will...

The band dominates Germany and much of Europe. It has global appeal. Even if you don’t speak German, you will appreciate the music. Rammstein really is the real deal. You all can follow the band on the website. There is an English option as well.

Rolling Stone ranks WholeLotta Love as the greatest Led Zeppelin song of all time. Joseph Whealan remade the 1969 song in his audition on the X factor. Watch the video here: (the song starts at 3:00 minutes)

According to Noise Creep, Black Sabbath is the best European metal band. They are one of the best branded groups in music history. Nine times out of ten, you have heard the name Black Sabbath. From Aston Birmingham, England the band has been around since 1968. In 2011, Toni Iommi, Geezer Butler and Ozzy Osbourne reunited. Find Noise Creep’s list here.

Look at this cool video. It’s a mashup of Led Zepplin and Black Sabbath.

His Infernal Majesty (HIM)

HIM is the best European rock band. Straight from Helsinki, Finland, the band is the ultimate group. Ask any rock fan and you all will hear praises. They use instruments like no other. This is true rock. If you love rock, then you love HIM. Ville Valo will be President one day. Mark my words. When I heard Wicked Game for the first time, I started to follow them.

The Top Tens rank HIM number 1. No top ten is authentic without HIM somewhere in the middle. The reason HIM is not ranked higher is because they are rock alone. My favorite HIM song is In Joy and Sorrow. Watch the video here:

U2 is the best active band and second best European band of all time. It’s hard to argue against U2’s place in music history. They are highly successful. U2 has been going strong since 1976 across three genres: rock, alternative rock, and post-punk.

What I admire about U2 is that they take a stance. They’re not in it just for the money. U2 loves to make society better with their message. I can only say good things about U2.

The rock stars out of Dublin, Ireland: Bono, the Edge, Adam Clayton and Larry Mullen, Jr. have made everybody’s eyes and ears a little happier. My favorite U2 song is Beautiful Day which is ranked in the top ten by Ultimate Classic Rock. Listen to her here. 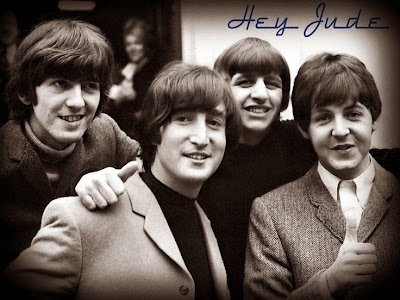 In my first semester of college, I attended a music appreciation course. Here I learned about how the Beatles changed society. The band was the most talked about subject in lecture and discussion. Prior to taking the class, I had no idea the Beatles ruled the entertainment world for two generations.

It is clear why the Beatles are first on my list. The Beatles were the best band ever. It is indisputable. Go visit their page at the All Music website. I like the site because it has a database of their discography along with many others.

The band who formed in Liverpool, England in 1957, disbanded in 1970. Those thirteen years were vital to music. In many ways, the Beatles defined music as well as culture.

My favorite Beatles song is Hey Jude. Listen to her here. Music is a common denominator. If it’s making you dance and sing, it’s good music. The Top Ten European Bands have not only changed Europe, but the whole world.