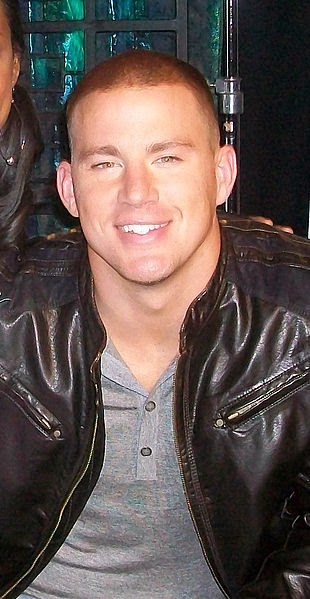 My parents made sure that me and my brothers played sports. Name a sport and I played it. Sports are a family tradition. And, sports are cool. And, cool rules.

The first time I ever touched a hot stove I got burnt. I learned from the very start that fire is one of earth’s most dangerous elements. When the stove burned me, mom arrived; and, she kissed the burn to make it better. Soon after the burn, I figured out I wanted to be cool.

Cool rules. I made a conscience effort to walk, talk and act cool since kindergarten. I started playing soccer, basketball, and baseball.  No matter what season, I played sports. When I got to high school, I focused solely on baseball, then golf.

I loved the refrigerator because it had all the right stuff: ice cream, popsicles, soda, and candy. My grandpa used to buy groceries in bulk. Whenever I went over his house, I always went back home happy.

Successful Independent films (Indie) are the coolest movies you want to watch. With such small wiggle room, Indie films have the potential for expansion. Most Indie budgets are tight and constrained.

Let’s say I gave you a thousand dollars. Then you turned my grand into a million dollars. That’s exactly how Indie films work. I believe great Indie films are always better than great blockbusters.

Let’s say I gave you one hundred thousand dollars. Then you turned my 100k into one million. You see the difference. That’s why it’s so hard for major studios to impress me with cookie-cutter material.

With just a little, Indie films make a big impact. Some of the best Indie films are foreign. And, that’s the way the entertainment industry should operate. Quit remaking movies and make original content.

All I am saying is I saw Super Man, Spiderman, and Batman in a dozen of the same movies. What about Hancock played by Will Smith? I like Hancock because he was a new superhero. What’s more, he was only in one movie. Although Columbia Pictures is major and not independent, I respect how they made Hancock.

If I’m tired of seeing the same crap over and over, then I know you are tired too. Stop buying their overpriced Imax tickets. Make them make an original movie. Give Indie films a try. The reason I support Indie Films is because I find more value in this type of entertainment.

I appreciate Indie Music too. Have you ever heard somebody with a unique sound on YouTube or on your local radio station? Artists have to start somewhere. Unless the musician has connections, he or she has to start small. I have the utmost respect for YouTube.

YouTube is my second favorite place on the web after GuruJay.com. First off, Indie Music on YouTube and other video sharing sites is cool. And, cool rules.  Esmée Denters started on YouTube. Usher discovered Justin Bieber on the site. And, the rest is history.

I love rags to riches. Riches to riches is too easy. Look at Jay Z for inspiration. He is a prime example of an artist who got turned down, and went independent. Thus, Shawn Carter launched a thriving empire. If you search the Forbes archive, you will find Jay Z and Justin Bieber.

Esmée Denters is my favorite YouTube star. She sounds like an angel mixed with a little devil. She is underrated now, but soon I think she will take off thanks to YouTube and Indie Music.  Who knows, she might get an acting gig in the near future.

Most importantly, be cool. You don’t have to play sports like I did, play some music. Do what you love and you’ll never have to work a day in your life.

Everybody wears clothes, hopefully. Someone designed them. I’d bet you that the most successful clothes look cool. By now, I hope you learned people like cool stuff. Look at Ralph Lauren; he started small.

At first, Lauren sold ties with a twist. He conjectured men might want to wear bright ties. He thought there weren’t many makers of bright ties and so he built a market based on this.

There are many others who saw a niche and executed. Find a need and fill it. You can start by finding something you love and never let it go. Hold tight to it like it’s the last thing left in the world.

Beyoncé began making clothes with her mother. She found a niche and delivered to her audience. Deliver to your audience. Give them something cool, calm and collective. Then, make it fresh and hot. And repeat, until it is cool again. P.S. Remember to refrigerate your niche.

I don’t want you to think all I have done in life is sports. The truth is…I am well rounded. Think of anything cool and I’ve done it or at least thought about doing it. I have mastered the art of mathematics and the science of politics. I play cards, speak Spanish and I learned a few chess moves as well as aikido moves along the way. Also, I do yoga.

I am cool but I’m not the most interesting man in the world. The Dos Equis guy holds that title. As I got older, I stopped drinking Capri suns and started drinking beer from the fridge.

I like how Indie films, music and clothing make statements. At times, they are bold. Many successful ones are controversial. Don’t be afraid of controversy. As long as you respect others with your art, don’t worry. All actors, musicians, and fashion designers can utilize the Refrigeration Niche.

Albert Einstein invented the refrigerator. I coined the term Refrigeration Niche. In the entertainment industry, you can’t get far without getting rejected. Take constructive criticism and tune out the haters. You must keep your composure at all times. The Refrigeration Niche is about keeping things cool. Hone your craft. Exceed expectations. Be cool.
- March 11, 2014