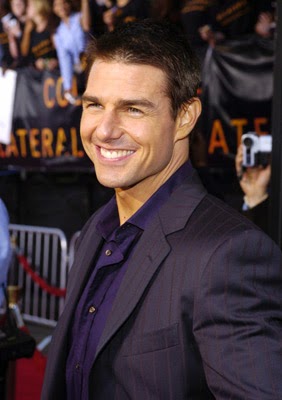 How many actors wish they had won an Oscar? Every actor dreams about accepting an Academy Award. Half of them have already prepared their speeches.

I’m not in show business but I have an Oscar speech ready if I ever decide to write a movie script. I have seriously thought about what I would say. I know many others have done the same as me.

Millions of young men fantasize about playing basketball in the NBA. Growing up, I used to practice shooting like Kobe Bryant, dribbling like Allen Iverson and dunking like Shaquille O’Neal.

Since I was a boy, I loved watching and playing basketball. When I was in eighth grade the Los Angeles Lakers were playing the Philadelphia 76ers. My two favorite players, Bryant and Iverson were going head-to-head.

Iverson would drive to the basket. And, Shaquille O’Neal would foul him hard. Iverson literally took a beating from Shaq in the 2001 NBA Finals. It’s one of the memories that have stuck with me.

I wanted to be famous. When we were young, becoming famous was a challenge. Nobody had a reality show yet. If you really wanted to be a celebrity, you only had a few options: actor, athlete, singer, and politician.

If you were born before 1990, your idea of fame is a lot different than the next generation. Right now, it’s so easy to get famous. All you have to do is make your content go viral.

If you absolutely want to be famous, you can. Give it a day and the whole world will know your name.

Tom Hanks, Al Pacino, and Russell Crowe have all won Oscars. They are identified in movie trailers as “Academy Award Winning Actors.” Why does winning an Oscar carry so much weight?

A better question to ask is why do actors want an Oscar so badly. And, the answer is simple. Actors are no different from you and me. By winning the Award their pay increases by 81 percent.

The Forbes article shows a thorough breakdown of the effects of winning an Oscar. Not only do actors benefit financially, they benefit socially. There are not many social functions an Oscar winning actress cannot attend.

It is important to remember that Los Angeles is a business district. Hollywood Boulevard is just like Wall Street. Movie executives share similar interests with Fortune 500 CEOS.

It’s all about the mean green machine. Cash is king. The Dollar is the kingmaker. The following actors are the highest grossing thespians on the silver screen.

As a side note, the list will update soon. Samuel L. Jackson’s rank has improved to number 1.

Listen to For the Love of Money for more entertainment.

Click on the Highlighted Actor’s name for more information.

He is held in high esteem for his craft. The Iron Man and the Sherlock Holmes series is the real reason he makes the list. Also, he has been in show business since he was a child. Longevity is the key to making our list.

Whenever I think of Depp scoring big at the box office I always think about his several blockbuster hits. If I’m being honest, I couldn’t tell you the difference between Johnny Depp and Johnny Bravo until Pirates of the Caribbean was released.

Robin Williams is the definition of humor. What more can I say? He is a duo threat. He is the best at doing both comedy and drama.

Bruce Willis is my mom’s favorite actor. He is one of the best action stars in my book. I’m sure he has a high page-rank in your book too. If you’re deciding to make a movie, make Bruce Willis your star. You’ll see a big box office jump.

He defines action. He also is not too shabby at drama and suspense. You can’t deny his talent on the silver screen. When he’s not jumping on couches, he’s making movies that are making crazy money.

Samuel L. Jackson is the right man for the job if you need a tough guy. Most of his characters are bold, strong and witty. He is a fine actor.

Eddie Murphy was crowned king of show business in the 1980s. Since then, he still has done reasonably well at the box office. He is the best comedic actor ever. He’s pretty good at drama also.

Why doesn’t someone give Harrison Ford an Oscar? What is wrong with the entertainment world? Why didn’t he win an Academy Award for the Fugitive?

Man, I’m so upset right now. This man is one of the best actors the world has ever seen. He ought to be giving the Academy board members awards!

The filmography of Morgan Freeman is priceless. You have got to respect the man for his roles. In every movie, he is in a position of power. He calls his own shots.

Every movie executive wants to make a film with Freeman. First of all, his voice should get trademark. Furthermore, he commands attention from everyone. He is a legend.

Tom Hanks is number one out of ten. According to the list, no other actor has grossed higher at the box office. He has been in a multitude of influential films.

Not all his movies were successful. But hey, you live and you learn.

Look up actor in the dictionary, and chances are Tom Hanks’s picture is next to the word. His career has been amazing. All actors should study his body of work.