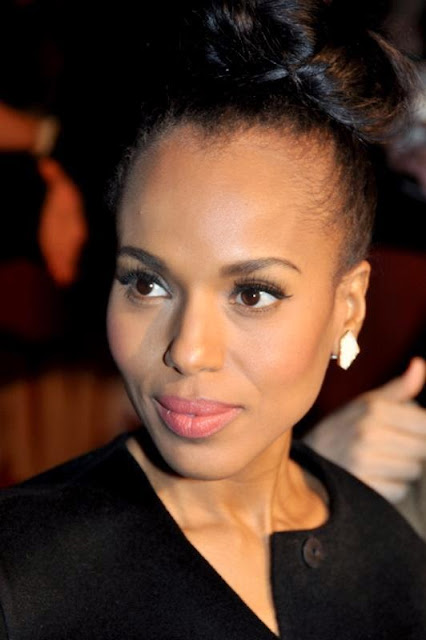 Last night’s Scandal premiere was like a riddle. The writers used flashbacks and Olivia Pope’s own imagination to tightly grip the audience ahold. And so, another sensational story is finished.

From the start, Pope makes a crucial mistake while being held captive. She sizes up her kidnappers by piecing together her predicament. But she didn’t figure her circumstances were carefully manufactured.

For the first time, the lead character loses complete control. Her Harvard education can’t save her. Olivia needs to use some street smarts.

Pope tries desperately to decipher reality. And in the process of elimination, her assumptions are all wrong. Who exactly is holding her hostage?

Is Olivia her own worst nightmare? She plays into their hands by feeding off scraps from their plate of lies. She eats her words.

The crisis manager is in crisis. Meanwhile, her captors are playing mind games and tricks. Will she cooperate? Can the hostage takers hypnotize Olivia into mental bondage?

Overthinking is Olivia Pope’s biggest problem. For once, can she admit to not having all the answers? The mistress unlocks the dungeon door only to find a false projection.

It appears the character is running through a maze both literally and figuratively. There’s hope after all though, because it seems the black lady is being held hostage in America.

This year, Kerry will win an Emmy because it’s long overdo. How can the judging body ignore Washington’s brilliant performances? I have her at #2 on my top 5 TV actresses countdown.

On Jimmy Kimmel, Kerry Washington sang praises to Shonda Rhimes. She’s too modest. While Rhimes might be the mastermind, Kerry is the backbone.

Overall, the premiere was great. I would watch it again. Have you seen it? Did you like last night’s Scandal premiere?

Why They Designed Grammys For Sir Paul McCartney 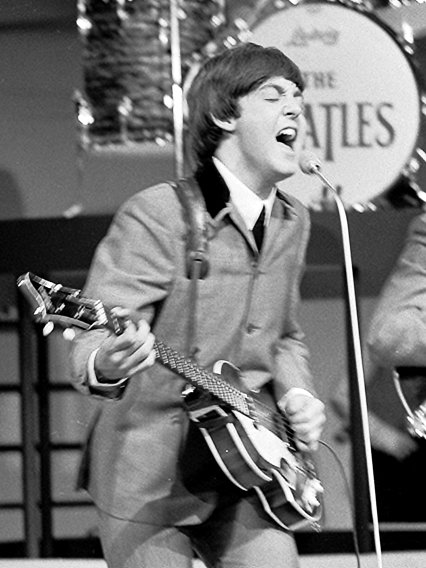 Music is entertainment’s common denominator. That’s why Paul McCartney could have been a math teacher. Picture the legend drawing slopes on your high school's blackboard.

Fortunately, McCartney became one of the greatest musicians of all time. He’s the most famous Paul since the Apostle. With his large following, the celebrity has mass appeal. 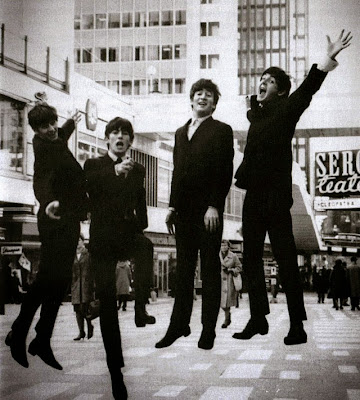 Even in remote places, Paul McCartney is popular. Furthermore, his contributions extend beyond entertainment. As a humanitarian, he's championed causes for everyone’s betterment. But the media rarely covers celebrities doing good things. They’re too quick to damage an entertainer’s reputation.

Now at the latter stages of his illustrious career, Paul practices self-actualizing according to Maslow’s Hierarchy of Needs. What else can McCartney accomplish? ‘Yesterday,’ ‘Let It Be,’ and ‘Ebony and Ivory’ are powerful pieces.

Of course I can’t get enough of 'Hey Jude,' 'Revolution,' ‘I Want to Hold Your Hand’ and other Beatle songs. I believe the Beatles are the best band ever. The Beatles laid the groundwork for One Direction. Paul McCartney led the coup d'état. 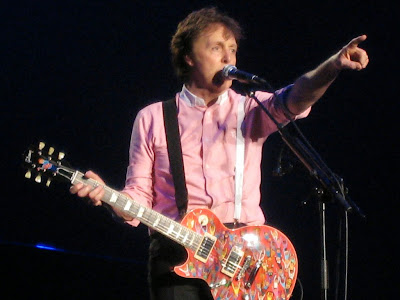 With 6.3 million Facebook likes and 2.2 million Twitter followers, it’s safe to say Paul has loyal fans. Moreover, the celebrity’s cultivated a diverse following of all ages, races and creeds. Any minute now, Paul can use social networks to promote viral content. 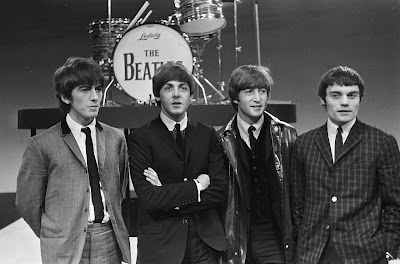 Who could have predicted 50 years ago that Paul McCartney would soon reach rock star status? Decca Records couldn’t; and rejected the Beatles. The moral of the story is to pursue your passion. Count on having setbacks. And always have a comeback. 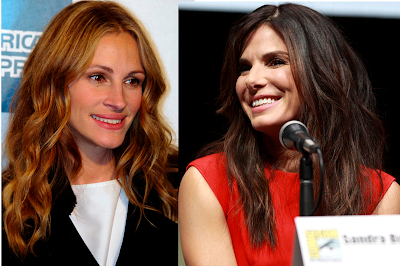 If you’re a movie buff, you know what Julia Roberts and Sandra Bullock mean to the movie industry. Hollywood banks on the talents of Bullock and Roberts. You rarely see a Razzie nominated performance from Julia and Sandra.

Both actresses have achieved Academy Awards. Furthermore, their achievements compare with Meryl Streep’s accolades. Every actress tries to act like Streep.

Hopefully, these actresses use their expertise to start directing. There aren’t many female directors. Hollywood could use a fresh perspective from the ‘Mona Lisa Smile’ and ‘Miss Congeniality’ leading actors.

Angelina Jolie successfully crossed over with her recent ‘Unbroken’ film. Do you think Bullock and Roberts are ambitious enough to direct? I believe Julia Roberts is the greatest romantic actor of her time. And, the pleasant entertainer is very versatile.

In my opinion, Sandra Bullock is one of the best actresses alive. She isn’t defined by a genre or typecast. You see, the best actors make you fall in love with their characters. People sometimes forget that these celebrities are pretending.

In real life, Julia is happily married, supportive, and loyal to her husband. Moreover, Sandra Bullock is a bighearted single adoptive mother. Both ladies are highly admired not just in Hollywood but also internationally.

Is there a love affair between Julia Roberts and Tom Hanks or Sandra Bullock and George Clooney? Those actors have great chemistry. Scientists should study their DNA samples. For what it’s worth, the best smile belongs to Julia Roberts. And the best personality is Sandra Bullock.

Julia, Sandra, Tom, and George need to squash their rivalries before it’s too late. There’s no reason why they can’t make flicks together. Can we at least get a TV drama series as a consolation prize? 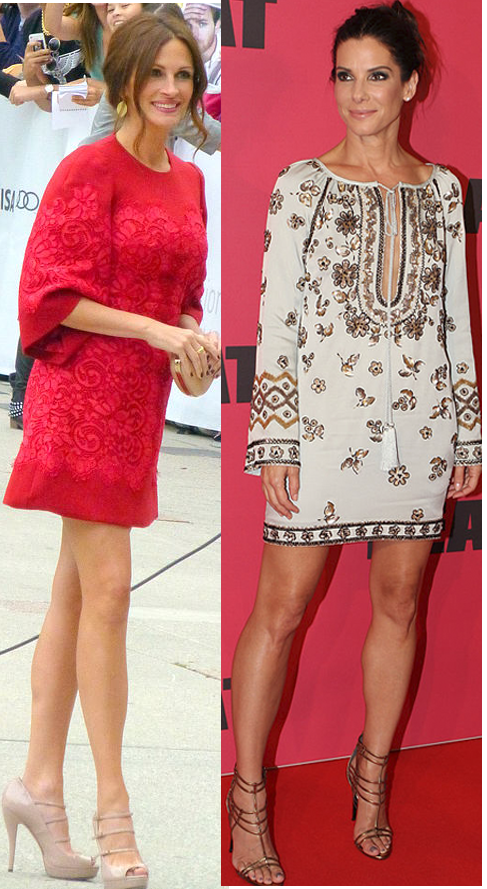 All Photos By: Wikimedia Commons 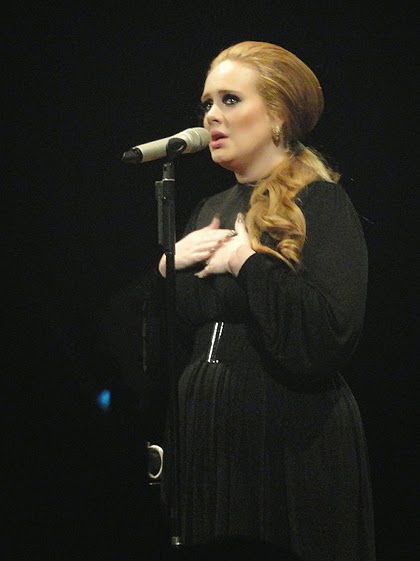 Hollywood’s a town big enough for the both of us. Although show business seems cutthroat and ruthless, it still has a low barrier to entry. If you possess skills and talent, there’s a seat for you around Oprah Winfrey’s dining room table.

Advertising, merchandise, album, and ticket sales finance the entertainment industry. If you stay positive you’ll have massive appeal and lucrative royalty checks to show for it. In fact, royalties make up large portions of a celebrity’s paycheck.

Beautiful music lyrics such as Sam Smith’s ‘Stay With Me’ and dynamic arrangements like Adele’s ‘Rolling in the Deep’ inspire my blogging. In the words of John Legend “My love” for music is “passed the infatuation phase.” There’s something extraordinary about the English sound of music. 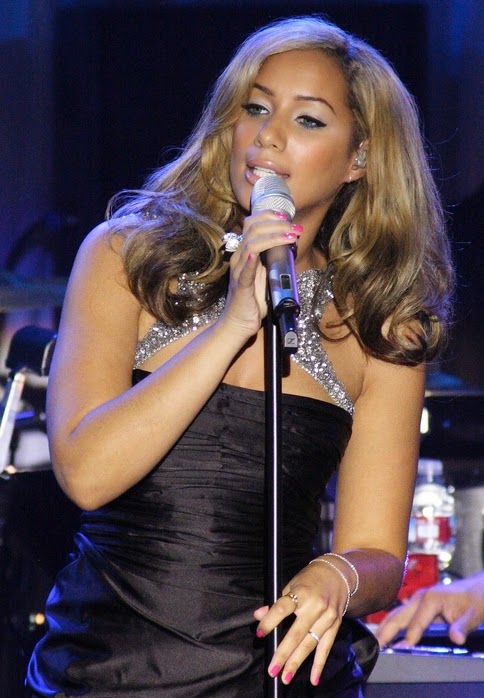 Adele, Leona Lewis, and Sam Smith were ordinary people before becoming music royalties. They have singlehandedly transformed our listening experience with their hit singles. Whenever I listen to ‘Bleeding Love’ it stays stuck in my head for 48 hours.

TV, Radio, and the Internet

I’ll never forget this TV commercial that introduced me to Adele’s music. Moreover, I remember first listening to Leona Lewis on the radio. And, I found Sam Smith via a viral Internet video. 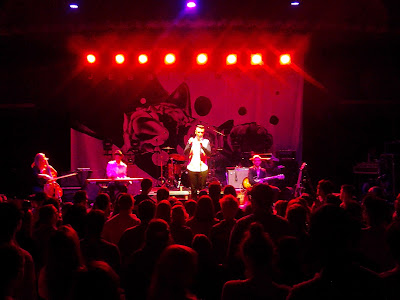 What Britney Spears and Christina Aguilera Meant to Music 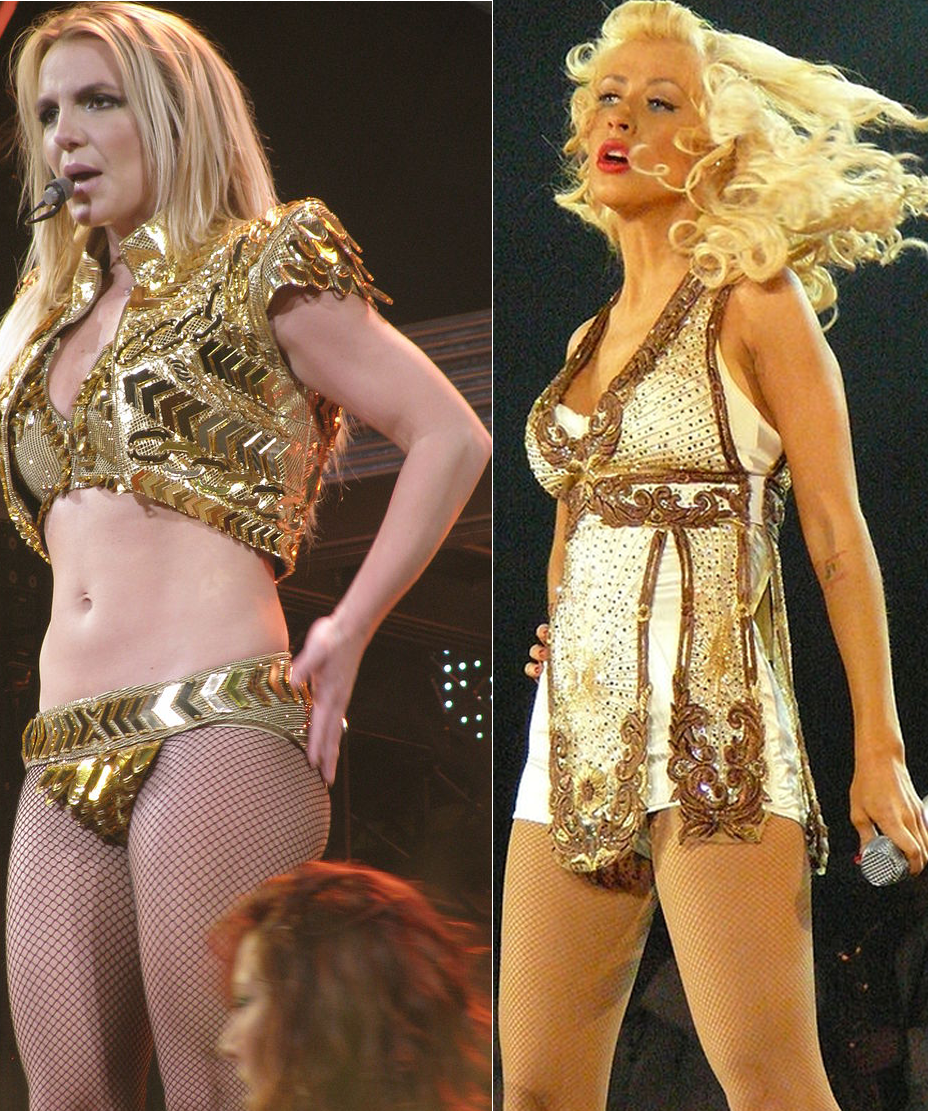 Before YouTube, Facebook, and Twitter were invented, Britney Spears was a monarch social butterfly. Before Apple announced iPhones or Google created Androids, the Disney princess’s number was first in Oprah Winfrey’s Rolodex. Before technology changed the music business, Britney Spears was unquestionably the most famous person alive.

Strike while the iron’s hot

If Justin Timberlake’s President, then Britney’s Chancellor. Supporters are still waiting for a Britney and Justin collaboration. A duet together would propel both Spears and Timberlake. 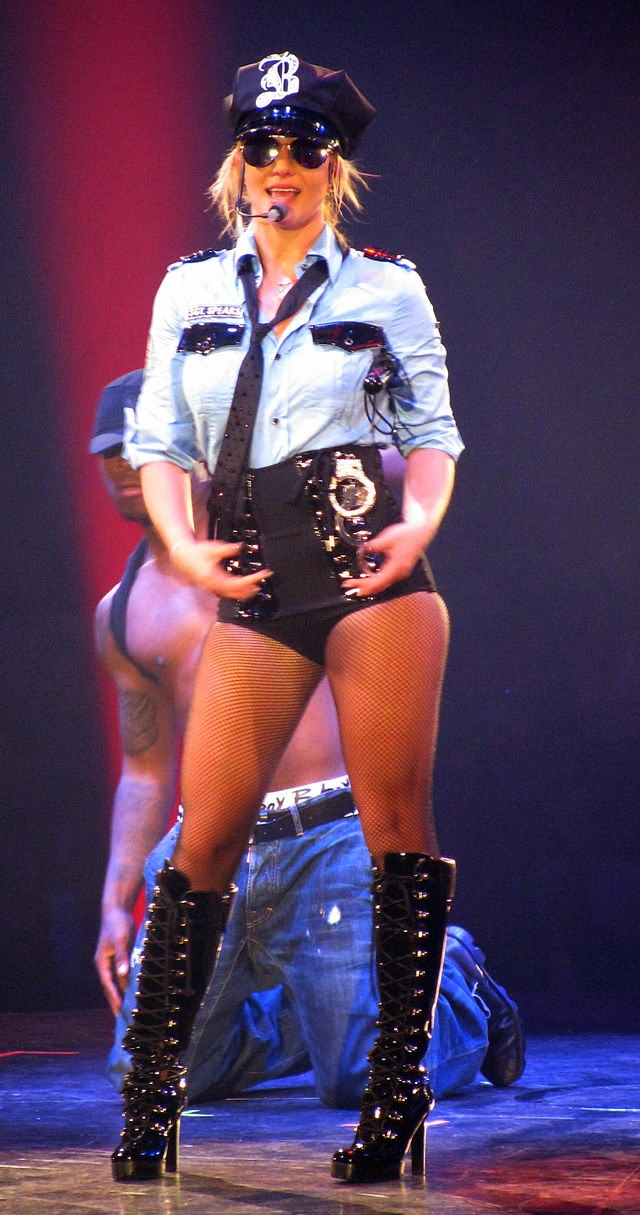 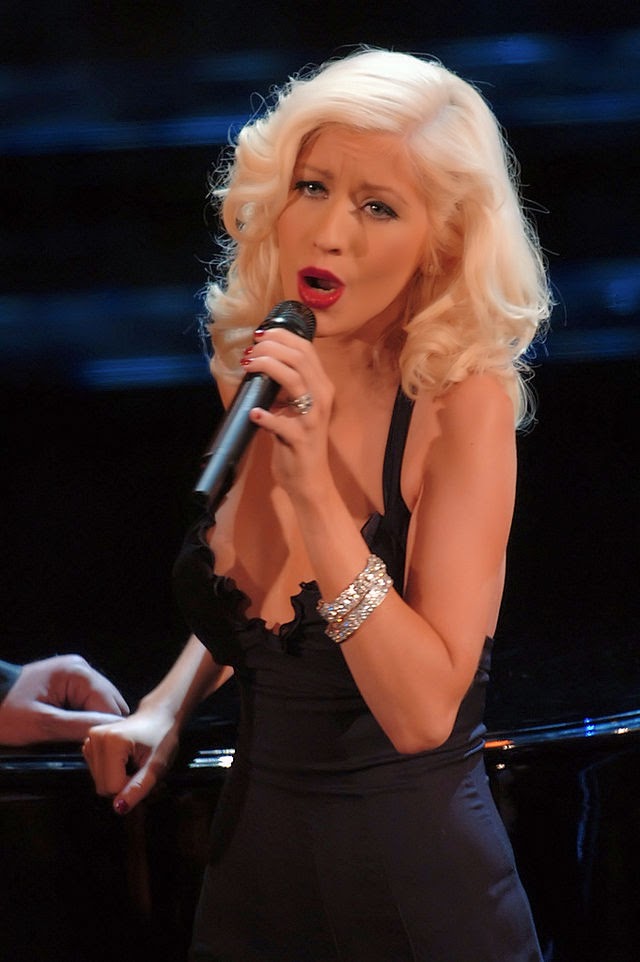 The sensational singer/ incredible vocalist Christina Aguilera is music’s Jennie Barbara Eden. There’s a reason why Xtina was a judge for ‘The Voice.’ Musicians respect the superstar’s ability to control pitch like Mick Jagger and Adam Levine. The entertainer isn’t a Maroon 5 member or Rolling Stone but she’s a powerful songstress.

Once upon a time, there was a bitter rivalry between Britney Spears and Christina Aguilera. There’s still a remnant of competition among the celebrities. The young entertainers fueled the entertainment business with their fuel-efficient drives and ferocities.

Britney Spears and Christina Aguilera meant the world to the music industry. 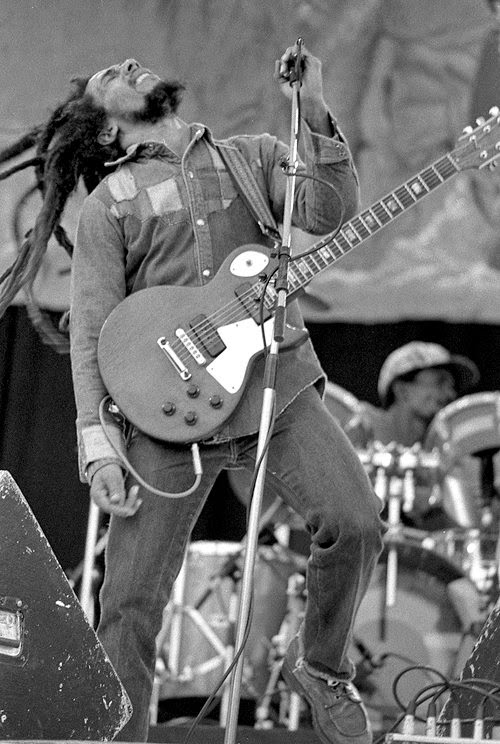 The Jamaican icon made songs with such ease.
The great musicians get their juices flowing in all directions. By in large, Marley’s music brings you to higher ground.

Name your favorite Bob Marley songs. My top five favorites are: One Love, Three Little Birds, Stir It Up, I Shot the Sheriff, and Bad Boys. There’s something special about the singer’s vocal command, which I can’t put to words. 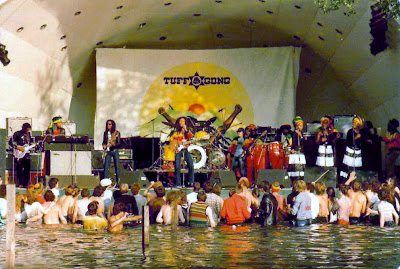 Bob Marley’s legacy will last forever because his timeless music resonates with multimillions. Like Stevie Wonder, Marley’s sound cannot be replicated. There isn’t a Karaoke imitator on Earth that can fully capture Bob’s brilliance.

When you need encouragement, search through Bob Marley’s catalog. Because of his originality and skillfullness, his albums sellout quickly. Moreover, his positive message desensitizes injustice, oppression, cruelty and evilness.

Rastafarianism considers Bob Marley to be a pivotal prophet and messenger. Furthermore, the celebrity transformed popular culture with music- rallying hundreds of thousands on several continents. Despite death, the Rastafarian’s message still spreads across nations like wildfire.

From Sean Kingston to Blake Shelton, Bob Marley definitely influences modern musicians. While alive Marley lived a laidback lifestyle, where he minimized pressures and maximized pleasures. Although the musician lived in luxury, Bob identified with poor people as evidenced by his generosity.

The celebrity’s thriving story illustrates the importance of perseverance. Never allow your trials and tribulations to stop your success. Stop struggling and throwing pity parties. Essentially, be like Lady Gaga and start attending Monster Balls.

Bob Marley was not only a bricklayer but a lion in the concrete jungle. 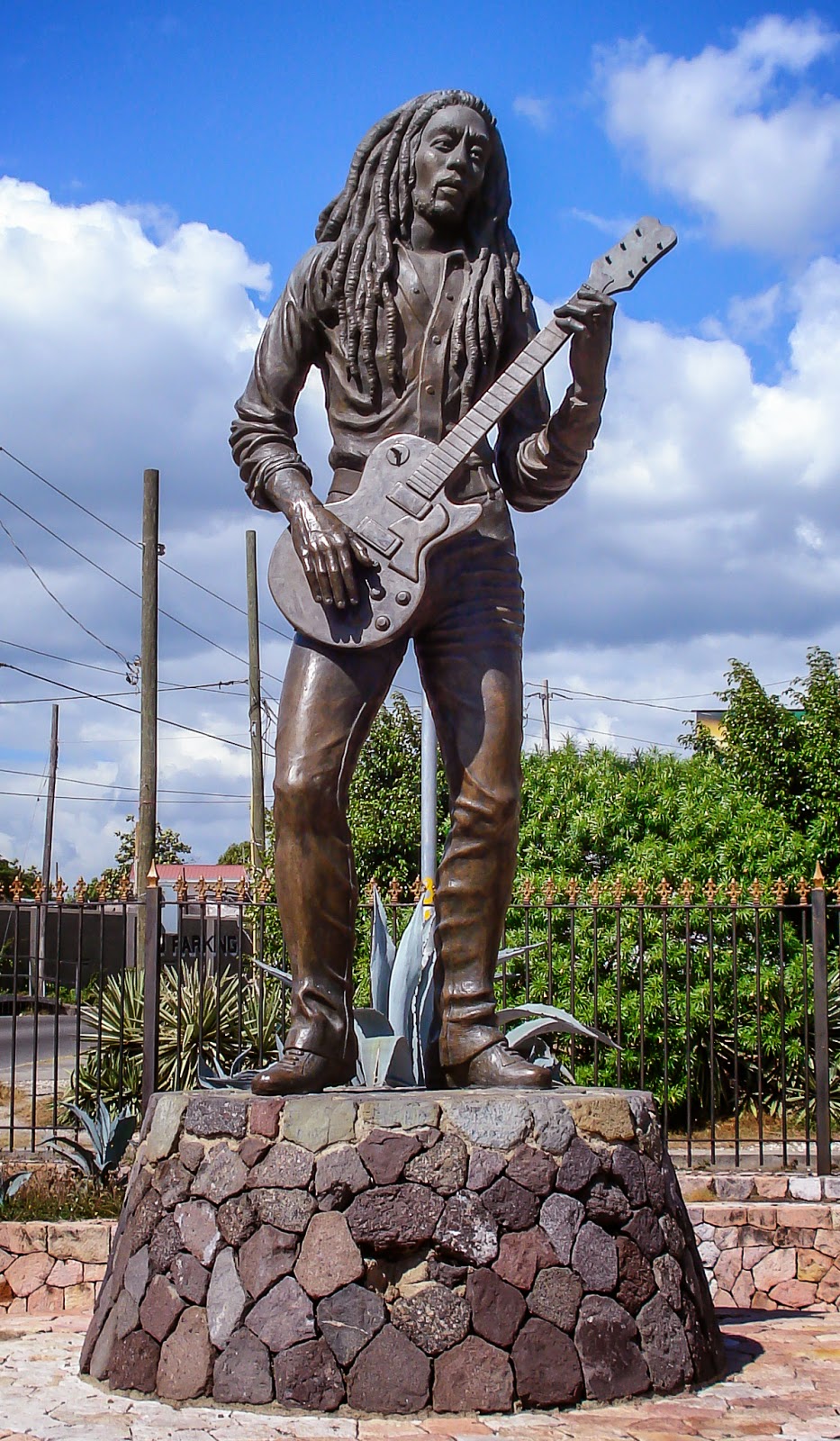 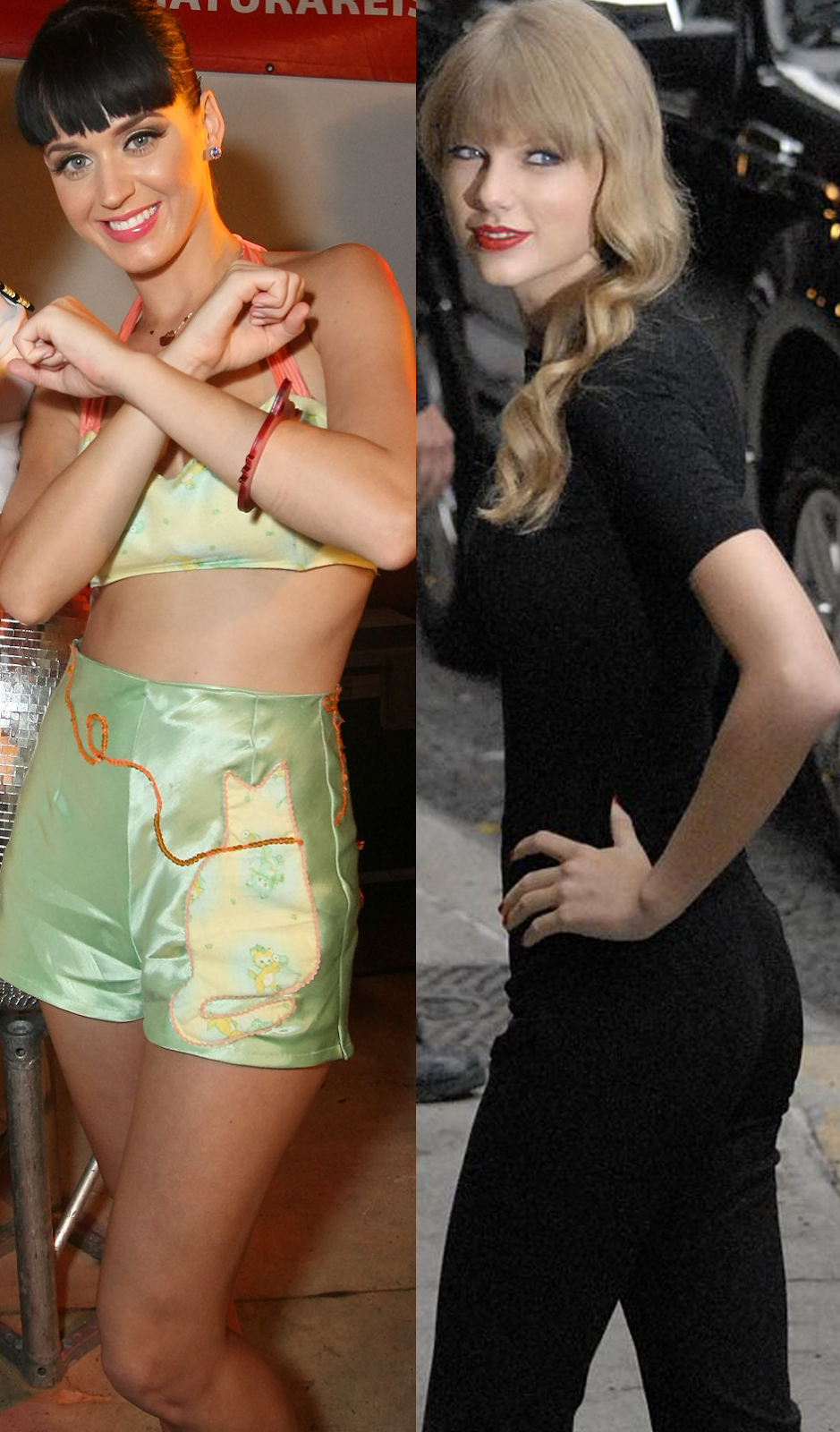 How do you explain majoring in music, dance or theatre to your parents? In today’s technologically advanced society, Liberal Arts degrees defy conventional wisdom. I admire those courageous few that possess passion for their artistry.

There aren’t enough artists. And there are way too many lawyers. The world needs more music.

American colleges are slashing Humanities programs in favor of sciences. That’s why I’m thankful for shows like ‘American Idol,’ ‘The Voice,’ and ‘So You Think You Can Dance.’ I love technology but I would rather stare at an Andy Warhol than a smartphone. 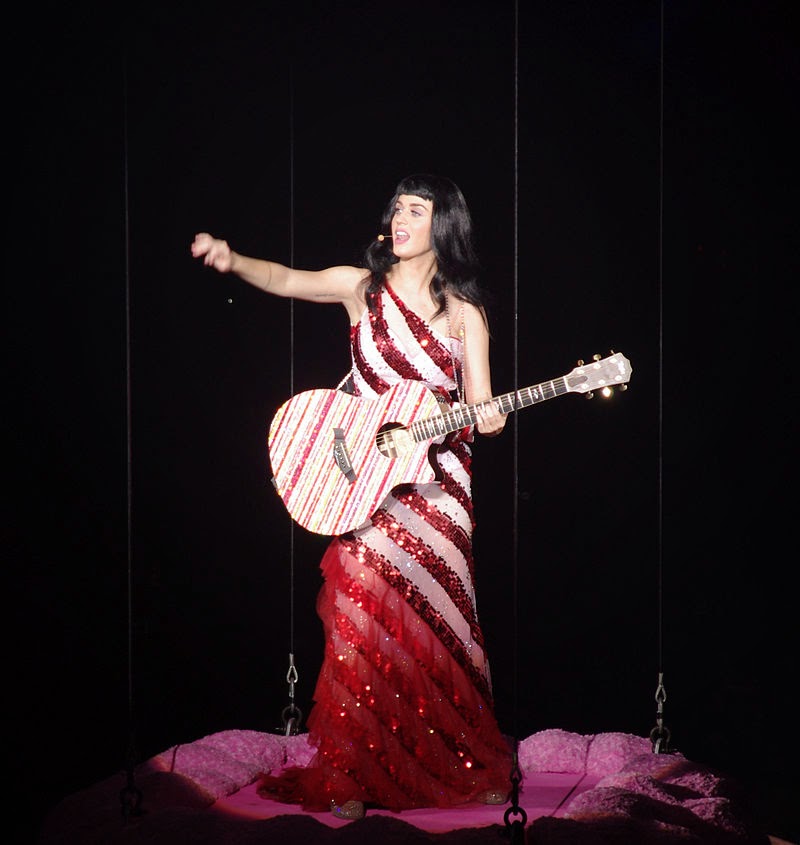 Because Katy Perry isn’t a reluctant role model, the musician’s more popular than kings and queens. The superstar needs as much security as a presidential candidate. Katy will soon dye her hair blonde like her BFF Hillary Clinton. Remember, I predicted it first.

Moreover, who can reach more young people than the famous ‘Firework’ singer? Katy Perry updates her fans through social networks. That’s how she stays first among music lovers. 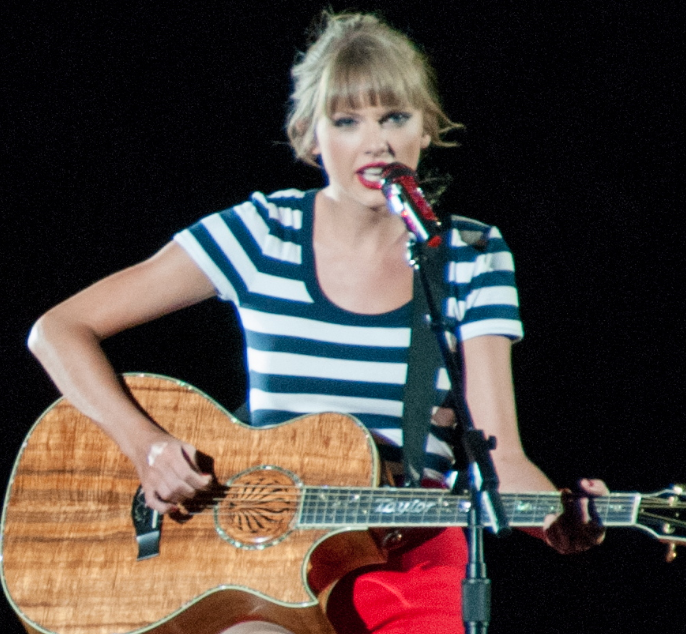 Name one music artist richer than Taylor Swift. She’ll be a billionaire by her 50th birthday. Many musicians idolize the ‘Blank Space’ songstress.

Like Katy, Taylor uses social media to interact with supporters. Swift’s infectious spirit inspires the youth to live out their dreams. Taylor’s swift success proves that Cinderella stories do exist.

Don’t fret over obstacles. Keep motivated and jump high hurdles. When there’s an opening, step out on faith, and maintain a steady pace.

Like Taylor you can tour the world too. You just need a passport and a dream. If you believe in yourself, the world will open up for you.