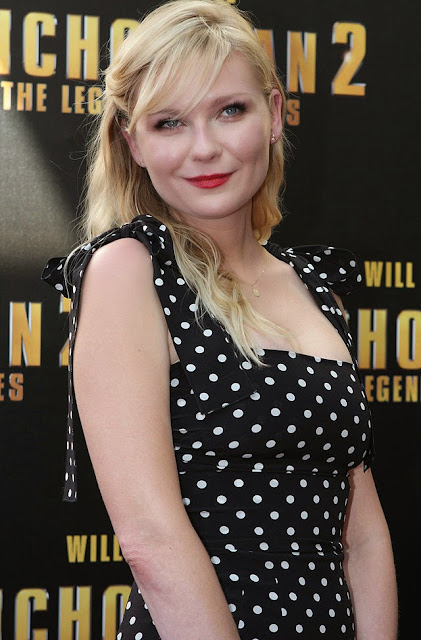 Who’s sweeter between Kirsten Dunst and Anne Hathaway? These actresses followed their dreams, stayed true to their crafts, and never jeopardized their careers. Consequently, they’re two of the most underrated and underpaid Hollywood actors.

It’s hard to believe but Kirsten Dunst, 32, has been acting since 1989. Anne Hathaway, also 32, began working almost 10 years later in 1998. Let’s have some fun comparing these actresses.

Dunst and Hathaway both have television experience. Dunst mostly played in TV movies. However, Hathaway received a main role in a short-lived sitcom called Get Real.

Kirsten’s breakthrough roles were the Virgin Suicides and Bring It On. She was a supporting actress in the former and the lead character in the latter. All cheerleaders should watch Bring It On. Dunst is a classic performer with an assortment of skills. 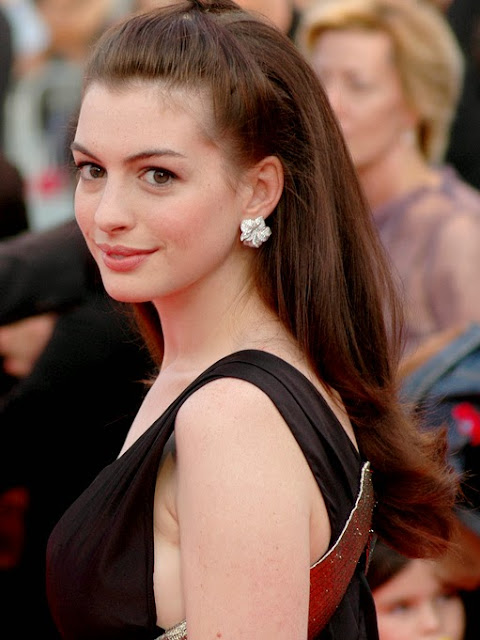 In 2001, Anne Hathaway claimed her place in the Princess Diaries. Also, in 2006 the Devil Wears Prada allowed Anne to garner attention from fans as well as the Academy. But the Dark Knight Rises and Interstellar are by far her highest grossing films.

Anne gets extra points for being a vegan. Hathaway’s popularity has soared, which further proves she’s worth the money. Moreover, she is smart and ahead of the curve.

Do you remember the upside down kiss by Tobey Maguire and Kirsten Dunst in Spider Man? People instantly recognize Dunst’s face because the actor has played love interests in dozens of movies. Look into her eyes and you’ll see a mysterious and unassuming beauty.

Who’s more gorgeous than Anne Hathaway? Like Julia Roberts, Hathaway’s smile lights up the night. In a fair world, Hathaway should be one of the richest actresses.

Both Dunst and Hathaway appear kind and pleasant. However, Kirsten seems sweeter than Anne. Additionally, they excel at drama, romance, thrillers, and suspense.

Personally, I feel they are equally attractive and talented. So, I’ll give you the final word. Who’s the best between Kirsten Dunst and Anne Hathaway? 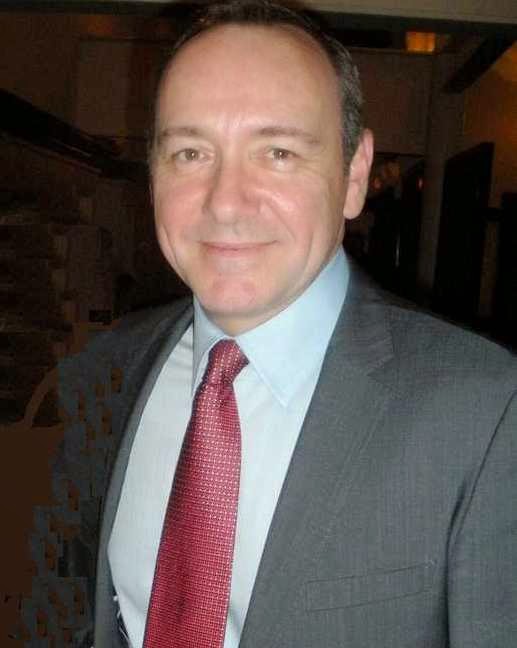 Kevin Spacey, who plays President Francis Underwood, kicks off the season with an iron foot. In the beginning, Underwood visits his father’s gravesite and urinates on the tombstone. This is just the tip of the iceberg foreshadowing future events.

Former White House Chief of Staff Doug Stamper survives last season’s devastating injuries and awakens from a coma. It is December 2014 and Stamper must regain his motor skills and memory. After Stamper starts functioning, First Lady Claire instructs him to lie to investigators.

Unsurprisingly, while at the White House the President loses his temper. Underwood is upset that unemployment has spiraled out of control. Furthermore, there are 10 million jobless Americans, who are clearly frustrated. Therefore, Underwood wants to overhaul programs, slash entitlements, repeal policies, and reform. The President assembles an economic team to solve the financial crisis.

The President’s approval numbers have plummeted to single digits. What is more, he has an unhappy First Lady who desires the United Nations ambassadorship. Still determined, Underwood tells his wife he will not go down in history as a placeholder president. But Claire keeps pressing the issue and Frank finally responds.

Michael Kelly is House of Cards’ diamond in the rough. In the first episode of Season 3, Michael shined brighter than everyone except Spacey. I will watch this episode again, largely because of Kelly’s brilliant performance. I am Guru Jay launching off into orbit in 5-4-3-2-1!
- February 28, 2015 No comments: 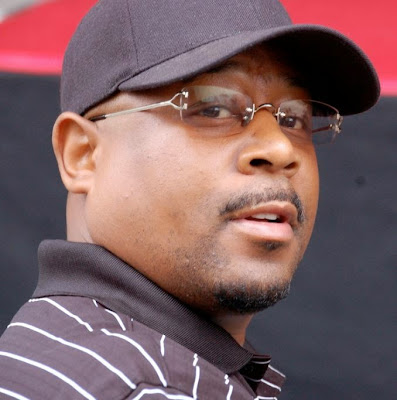 The Martin Lawrence effect is larger than comedy. Martin Lawrence transformed entertainment via television, movies, and popular culture. The great comedian is the best of his generation. Furthermore, Martin is one of the greatest entertainers of all time.

Martin remembers where he started and knows how to finish. He entertains the masses as if they’re one person. Everyone enjoys Martin’s sitcom reruns and standup specials.

1st Amendment Standup showcased upcoming comics. Because Lawrence cultivated talent, the comedian indirectly influences the entertainment world. Regardless of your preferences, Martin Lawrence proves he is the man! Starring in movies ranging from Rated G to Rated R, Martin makes everybody laugh.
Comedy needed a message and a higher power made Martin Lawrence a messenger. Over the years I’ve watched Martin mature into a living legend. His comedy special Run Tell Dat rivals Eddie Murphy’s Delirious and Katt William’s Kattpacalypse.

Initially, I wanted to write a comparison article but after seeing Lawrence’s Inside the Actors Studio, I decided against it realizing his unique character. Truly, Martin Lawrence is one of a kind. How does the Joker throw out an Ace of Spades every hand? Channeling his creativity, craziness is Martin’s strong suit.

Through the years Martin managed to keep busy. Even Kevin Hart can’t challenge Martin’s depth of work and countless contributions. The original Def Comedy Jam host steps out on stage like Floyd Mayweather, Jr. moves in the boxing ring.

The best Martin Lawrence movies include: Life, Big Mommas, Bad Boys, Blue Streak, Welcome Home Roscoe Jenkins, Death at a Funeral, National Security, and Wild Hogs. Name your favorites in the comments section. I am Guru Jay launching off into orbit in 5-4-3-2-1! 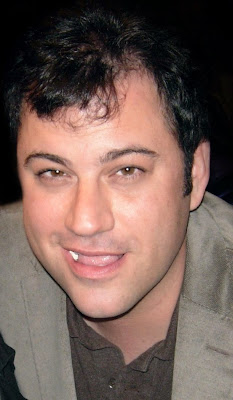 Overall, Kimmel built a better platform because the offbeat comedian surrounds himself with terrific talents from Cousin Sal to Guillermo to Matt Damon. Fallon works harder and relies on himself more than others. Sometimes, Fallon seems exhausted as if he’s burning out like birthday candles in Antarctica.

Kimmel’s sense of humor is more sustaining, although Fallon is the most entertaining  What will happen when Stephen Colbert takes over after David Letterman? Can Colbert compete with awaken forces Fat Jimmy and Slim Jim? Who’s ratings will nosedive? 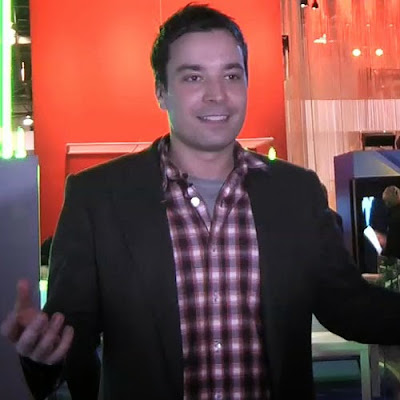 From this point forward I’ll occasionally address Kimmel as Big Jimmy and Fallon as Slim Jim. Big Jimmy built his show from scratch, while Slim Jim took part of a hostile takeover. Conan O’Brien should have been bigger than Johnny Carson. Is that the real reason why Jay Leno stalled Conan’s initiation ruining the Tonight show’s ratings and standing?

I understand Conan has a huge ego, but Colbert’s ego isn’t any larger. O’Brien was simply the best. In fact, Conan was ABC’s worst nightmare.

Slim Jim is highly creative and wildly talented. But Fallon took a shortcut on the roads to riches- road blocking Conan O’Brien. NBC’s executives have made disgusting decisions. Although Fallon serves as a wonderful host, look at how this network treated past hosts and tell me if Slim Jim won’t get eaten alive.

In the end, Big Jimmy is victorious because he’s well established in Hollywood. The real debate is whether the new CBS Late Show with Stephen Colbert can put the Tonight Show to bed. While I’m a Jimmy Fallon fan, I won’t watch NBC until they act right.