Who Is the Best Entertainer? Usher Vs. Justin Timberlake 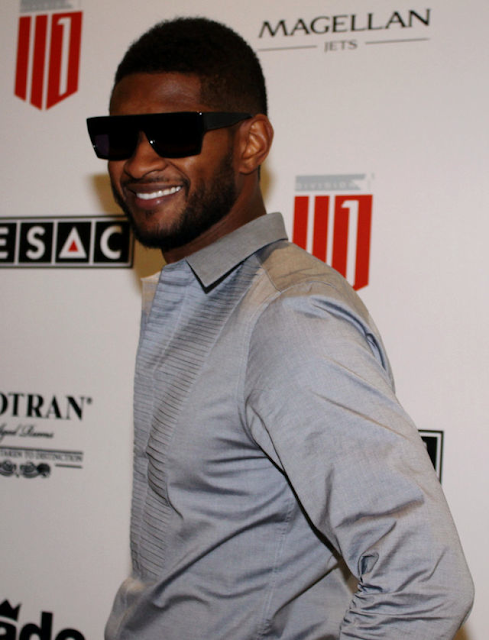 Statistics show the entertainment industry collects approximately $2 Trillion annually. Music and movies make up a large portion of the proceeds. Consequently, singers and actors must tirelessly compete for unequal opportunities.

Besides Hedge Fund Managers and Fortune 500 CEOS, upper echelon celebrities make the most money worldwide. Moreover, elite celebrities are well compensated because they can sway a million opinions in 30 seconds. If time is of the essence, then the moment belongs to celebrity businessmen Usher and Justin Timberlake.

Usher owns restaurants, a record label, and a minority stake in a professional basketball team. Music artists can learn how to develop their business acumen from the superstar. Plus, Usher teaches eager students how to handle insane fame and manage a tight-knit family.

Justin Timberlake owns a clothing line, part of Myspace, and a share of the Memphis Grizzles. Furthermore, I believe both musicians are not finished producing prolific albums. 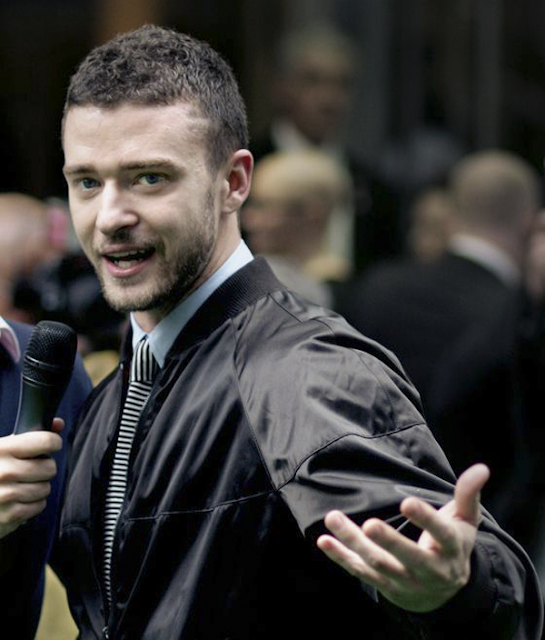 Music lovers amplify and magnify Justin Timberlake’s presence on the world’s stage. Because he’s been under the spotlight for decades, he never seems nervous. Also, Justin is one of the best Saturday Night Live hosts in history. Who recalls Dick in a Box?

Before Bruno Mars was famous, Timberlake led NSYNC to glorious victories. Young people don’t remember Justin’s seven-year stint with the boy band but this period was essential to his development. Right now, the classy NSYNC leader and President of Pop fights in the heavyweight division.

Usher, who plays Sugar Ray Leonard in Hands of Stone, is fittingly a welterweight. Still, Usher is a more talented dancer than Timberlake. Make no mistake, Justin is an awesome dancer but Usher’s footwork forever changed show business.

Finally, who is the best entertainer? Chime in your comments. Share with buttons at bottom of this post.

How Johnny Depp Amazes Moviegoers of All Ages 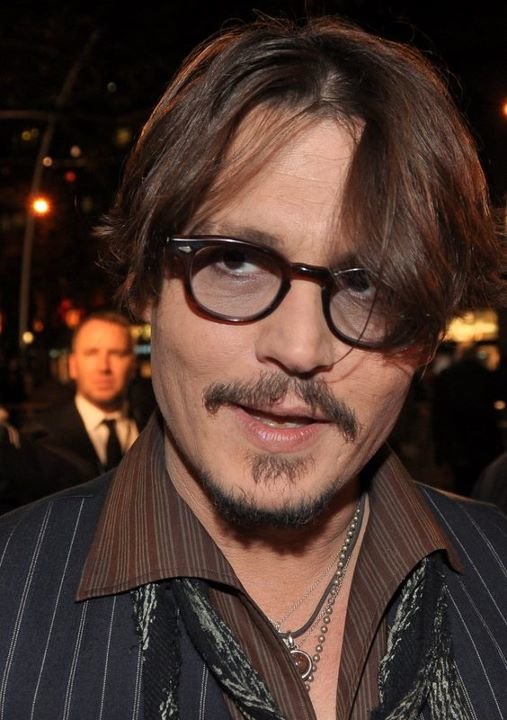 Johnny Depp is one of my favorite celebrities because he is unorthodox. Essentially, the actor breaks rules only to make more. For the most part, Depp keeps quiet and stays out of the spotlight. Many celebrities run toward the light thinking there’s a way out of the tunnel. I call this unfortunate event- 'tunnel vision.'

What’s worrying Johnny these days? Alice Through the Looking Glass and Dead Men Tell No Tales should break box office records. While people perceive Depp as a playboy/rebel, remember he makes family friendly movies as well. 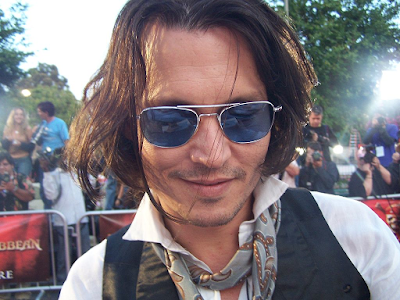 I believe the celebrity has maximized his persona. Plus, he’s one of the most versatile actors alive. The formula deriving Johnny Depp is a combination of Sean Penn and Brad Pitt.

Furthermore, comparing Johnny Depp to Marlon Brando is unlike comparing oranges to apples. Did you know Brando advocated for Native American rights in Hollywood? Did you also know Johnny Depp is an honorary Comanche?

Depp’s claim of Native American ancestry caused controversy among a number of American Indian communities. Fortunately, Johnny understands shifting dynamics. And so, the actor is in the minority at times.

Plus, he understands the process and usually puts his best foot forward. Hospitality workers know that accommodating celebrities can be challenging. Although Depp distances himself from Hollywood’s formalities, he is their best representation because of his generosity. 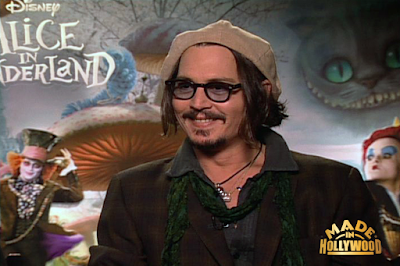 In addition, when studios need a lifeline, they call Johnny Depp. Everyone realizes how Disney banks on Depp’s talents. What’s Pirates of the Caribbean without Johnny? That’s why Depp demands respect in the dressing room and on the set.

Even a Baby Boomer would agree Depp is more famous than Johnny Carson.

What are your favorite Johnny Depp movies? 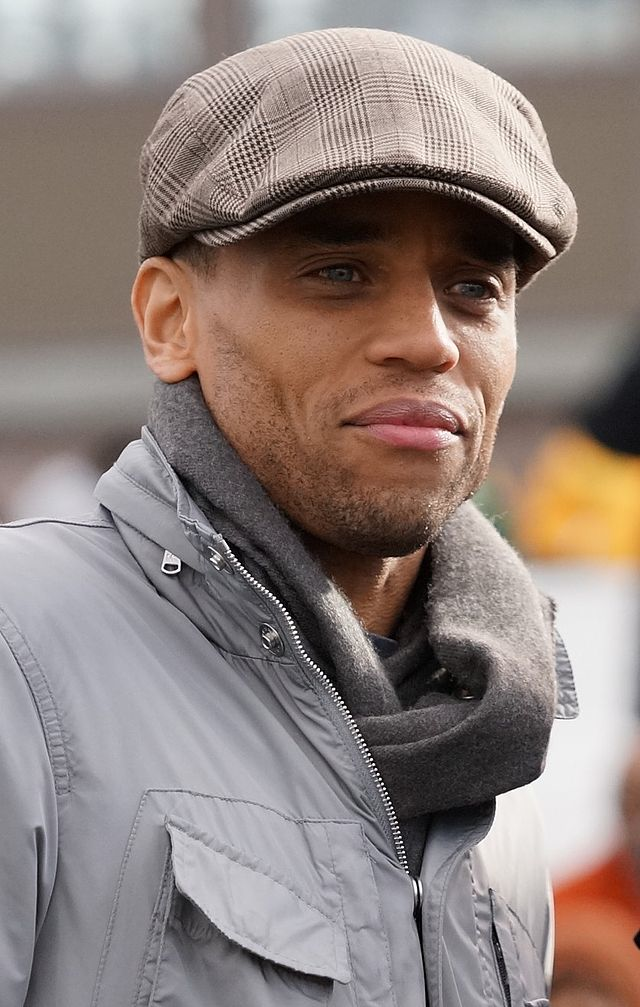 Can you picture driving down Hollywood Boulevard in a red Bentley convertible? As a celebrity, they treat you like a spoiled rotten kid. You see, big businesses give celebrities fancy toys in return for coveted endorsements.

Compared to Apple, Google, and Microsoft CEOS, celebrity perks are miniscule. However, compared to everyday midsize homeowners, celebrities are living in paradise. If you want luxury goods and services, get famous.

Now imagine getting chauffeured in your white stretch limousine at midnight. Upon arrival, you’re escorted to the VIP section of the world’s finest nightclub. Not only have you danced with Michael Ealy tonight, you posed for pictures with Rosario Dawson.

Before going back to reality, promise to realize dreams come true. At some point in their lives, Michael Ealy and Rosario Dawson dreamt of becoming movie stars. They didn’t instantly wake up and become overnight celebrities. 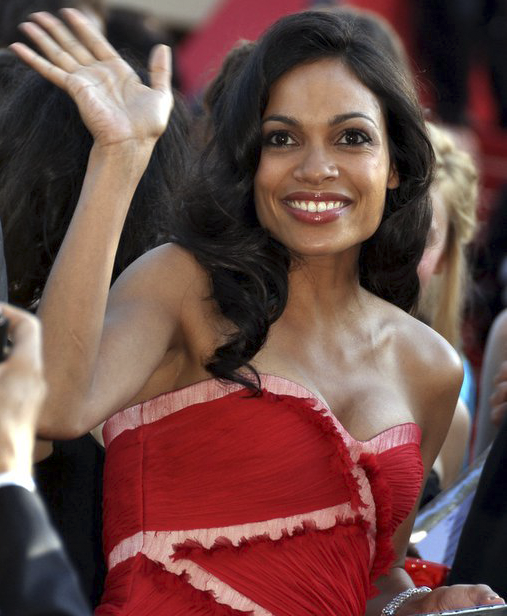 Dawson and Ealy paid their dues, and that’s why they’re excellent actors. Have you seen 2008’s Seven Pounds with Dawson and Ealy? I highly recommend the movie because of the brilliant casting and riveting script.

Although they’re onscreen characters didn’t interact a lot in the movie, Michael Ealy and Rosario Dawson work well together. Plus, Michael and Rosario represent diversity, which Hollywood lacks, according to the Oscars host Neil Patrick Harris. Regardless of whether this is true or not, clearly Ealy and Dawson deserve acknowledgements and accolades.

Actresses… pay close attention to Rosario Dawson’s techniques. Rosario succeeds in supporting roles because of her beauty and personality. For instance, in Marvel’s Daredevil she befittingly plays a complimentary nurse.

Now 35, Rosario Dawson is one of the best supporting actresses in her cohort. Still, would they mind letting Rosario take the lead more? Dawson is definitely capable of handling responsibility.

In a nutshell, Michael Ealy and Rosario Dawson are fulfilling the Hollywood dream. 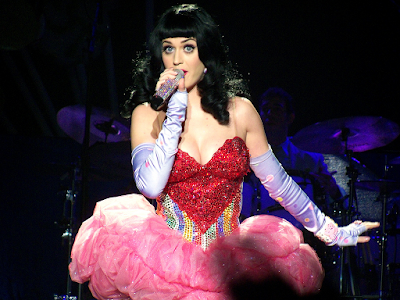 Right now Katy Perry leads 68.5 million Twitter followers. After many years of recording music and touring the world, Perry is finally reaping financial benefits and tasting the fruits of her labor. In Maslow’s hierarchy, the California girl is self-actualizing.

Furthermore, 5 Years later everyone still listens to Firework because the lyrics are explosive and timeless. The music artist accelerates her voice like a Hennessey Venom GT. Plus, the outside the box thinker creates unique shows and makes awesome music videos. 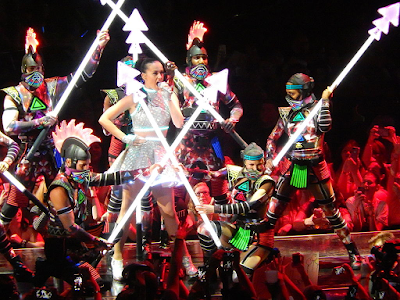 There is only one Katy Perry. Music fans appreciate the superstar’s originality. That’s why she sells out crowds as large as 90,000. 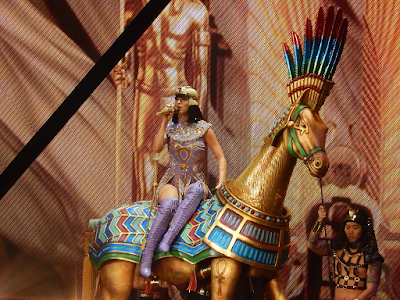 The voluptuous dark haired beauty and Dark Horse singer is one of the sexiest women alive. Apparently, I’m not the only man who’s attracted to a pleasing voice. Currently, Maxim magazine ranks Katy Perry number 3 on their Hot 100, right behind Scarlett Johansson and Candice Swanepoel, and ahead of Irina Shayk. Now that’s tough competition.

The Hot and Cold songstress was recently dating country/rock star John Mayer. Who You Love is a beautiful duet that deeply conveys Mayer’s emotions and Perry’s passions. Celebrities constantly make headlines for the wrong reasons; but Katy is an exception because the preacher’s kid is wholesome. Parents don’t mind their children playing Perry’s music because she leads by example. 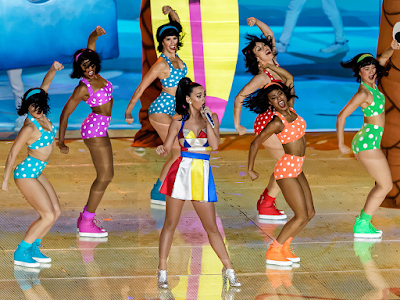 Why Janet Jackson and Lauryn Hill Are Natural Phenomena 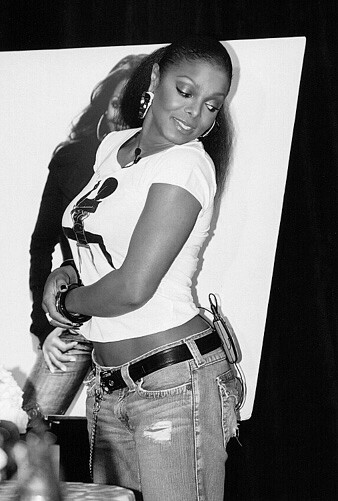 Believe it or not, many celebrities enjoy their private worlds. Unless you’re a reality star like Kourtney Kardashian or Kendall Jenner, you don’t desire to sign autographs while spending family time. Because Janet Jackson keeps to herself, it’s rare seeing the superstar caught up in a scandal. That’s why Jackson’s Super Bowl scene is out of the ordinary.

The beautiful Janet looks like a cross between Beyoncé and Halle Berry. She’s very conscious about appearances. Moreover, Miss Jackson is famous in her own right and not just Michael Jackson’s sister.

When I was a teenager I watched Jackson’s music videos all day long on MTV and VH1. She has the best choreography. Plus, she is an amazing dancer.

The ultimate entertainer must master many molds of entertainment. That’s why Janet is a trained actress. She started on Good Times as a little girl. Now, the Poetic Justice star has played in 3 Tyler Perry movies.

No one gets on her level just because of sexiness. Yes, the All for You singer cleans up nicely, but she commands the scene as well. People need icons to celebrate, and Jackson definitely meets the criteria.

Ideally, celebrities operate on a higher plane. When you’re as famous as Janet you can’t engage in every battle. We all should live by Janet’s motto. Next time when you and your partner get into an argument just ask them “What have you done for me lately?”

Janet Jackson markets her brand like Prince. She makes moves when, where, and how she wants. It takes guts to stand up to the Paparazzi. Janet doesn’t play their game or feed into their maniacal questions.

Although the former Virgin label singer is quiet and shy, she is also exotic and mysterious. 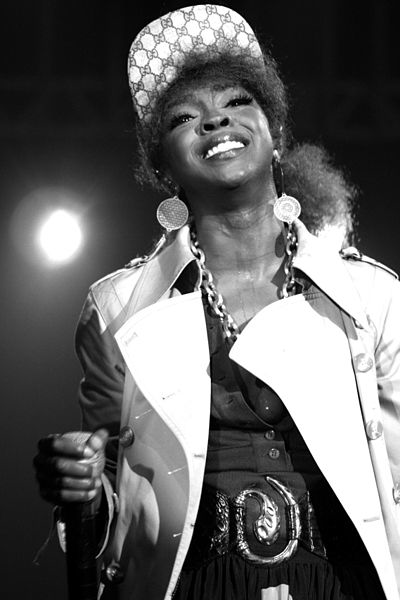 When my Usher album won’t suffice, I listen to Mystery of Iniquity singer Lauryn Hill. I admire Lauryn because she created her own category. The Ex Factor was one of the first female singers/rappers.

Although Lauryn Hill has a sweet smile, she frowns on corporate politics. Kanye West said it best “I wish her heart was still in rhyming.” Her time with the Fugees was valuable. Remember Killing Me Softly, Nothing Even Matters, and Doo-Wop (That Thing). Don’t forget Lauryn was one of the most celebrated singers in the late 1990s and early 2000s.

1998’s the Miseducation of Lauryn Hill went number 1. And 2002’s MTV Unplugged No 2.0 was number 2. Furthermore, Hill received numerous awards for her music. While Lauryn’s work is scarce, she is strong. What’s more, she influences today’s music artists.

Lauryn lets it all go to the point she bares her soul. On the other hand, Janet Jackson gives you just enough so you’ll come back for more. I would like to see a Lauryn and Janet collaborative concert.

Lauryn Hill and Janet Jackson are successful in different ways. Yet, they are one in the same. If Janet is a hurricane, then Lauryn Hill is a tornado. 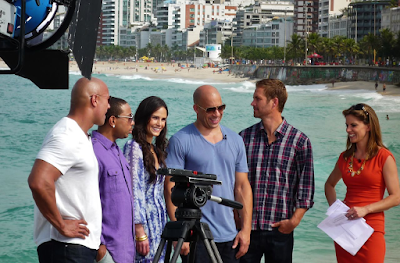 Yesterday was surreal at the theater. Paul Walker lives on through the Fast and Furious franchise and cast. Furious 7 is truly one of a kind.

Family is the movie’s major theme. Paul, Vin Diesel, and Dwayne “the Rock” Johnson reinforce this idea. On the flip side, Jason Statham’s character is furious about his brother's death. So Statham combines his efforts with terrorists wrecking havoc on the streets.

It is an exciting experience. The fight scenes are better than Bourne Supremacy. What is more, the audience can connect with the film. 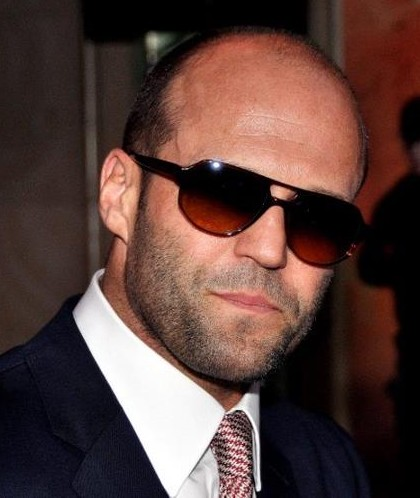 There is a first time for everything. I never pictured parachuting cars. Also, can you imagine jumping from building to building out glass windows in a luxury sports car?

Plus, Michelle Rodriguez contributed an important element to the script. These days romance is lost in the wilderness. The question is will Rodriguez’s character recover her memory. 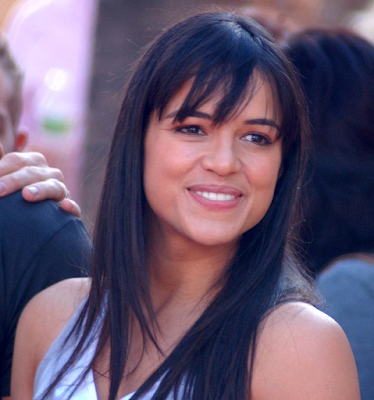 Who knew Tyrese Gibson was a comedian? Right from the start, his character keeps cracking jokes. It’s funny seeing him pursue Nathalie Emmanuel because he’s a bona fide player.

Chris “Ludacris” Bridges is another vital component. You see the movie strives to link the past to the present. And Ludacris is the final piece to the puzzle.

If family is a major theme, then so is love. Paul Walker and Jordana Brewster demonstrated the power and bond of marriage. Gratefully, Jordana seizes the moment and delivers gracefully.

I took a class called Human Growth and Development as an Undergraduate. The course teaches how life comes in stages. Furious 7 shows how the cast has grown individually and developed collectively.

Do you like fun and action-packed movies? If so, I highly recommend you go see Furious 7. It’s so good; you must watch it more than once. 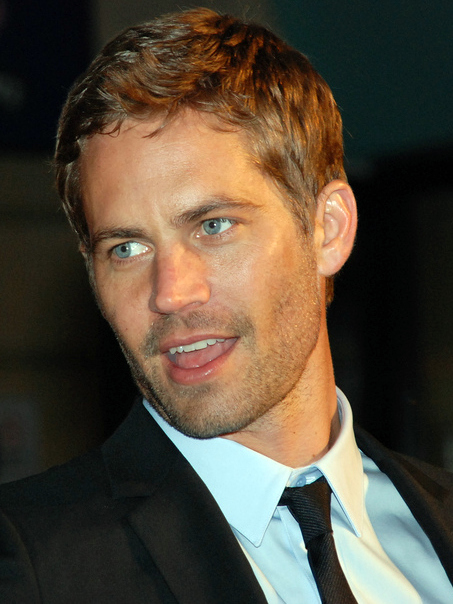 The film concludes with a touching tribute and emotional dedication for Paul Walker. Respect the actors for continuing even after losing a close friend. Let’s remember Paul not just as a great movie star, but also as a phenomenal man and sensational spirit.