Why Melissa McCarthy Ain’t Afraid of No Ghost 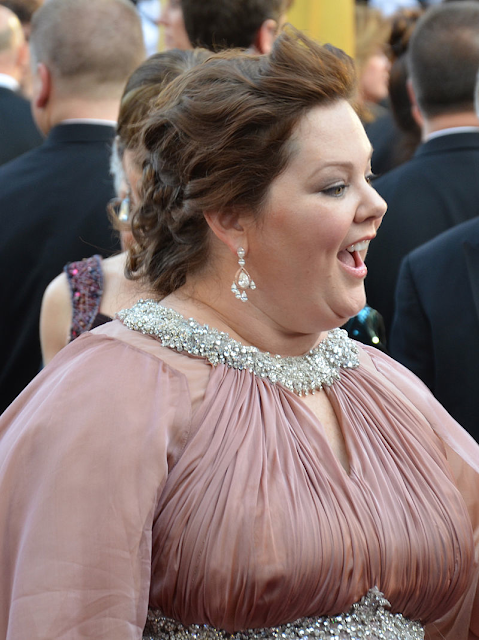 If you want to deliver a timely joke, don’t bother with UPS, Fed EX, and certainly the post office. Melissa McCarthy delivers the complete package ahead of schedule. The Ghostbusters lead actress answers the epic question: who you gonna call?

As Mike’s better half, she made you laugh on TV. Do you catch Mike and Molly reruns? Plus, she stole Jason Bateman’s credit in Identity Thief. Are you getting my drift?

Prepare to lose your monopoly game against Melissa McCarthy. She gives McCarthyism a new meaning. You see I like her professionalism. The comedic actor doesn’t waste time or talent. What is more, the comedian paved the way for future entertainers.

Doesn’t she have a strong influence on Amy Schumer? People enjoy seeing Molly shine because Mel’s down-to-earth. Although some let fame go to their noggins, not this gal. After watching numerous interviews, you’ll discover she’s a sweetie. 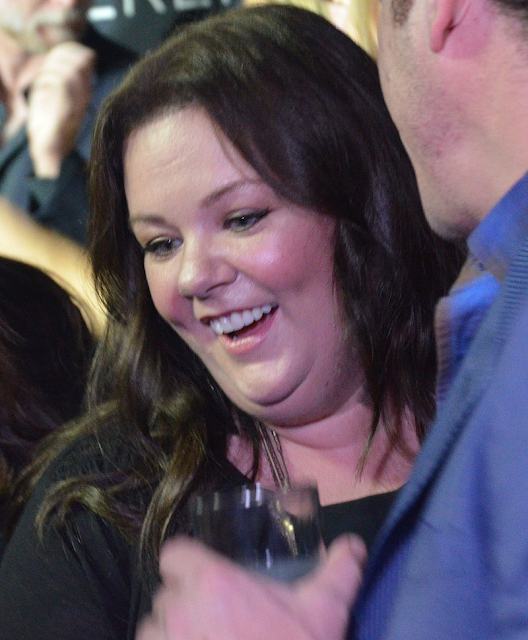 Imagine her starring opposite Tracy Morgan. Talk about a movie selling itself.

Now, I’m not saying the Spy star doesn’t have a wild side. There is a reason Hollywood movers and shakers knock on her dressing room door. Did you know she is a fashion queen?

The best celebrities build brands as well as careers. Moreover, Melissa McCarthy works with the best. That’s why she is a great comedian.

Never underestimate the former gymnast’s flexibility. When you have a chance, check out the comic’s Saturday Night Live scenes for proof. The celeb’s Improv skills are top notch.

Genuine laughter is harder to produce than crude oil. Right now, Jeff Foxworthy and Larry the Cable Guy's tickets cost more than a barrel of oil. This is a sign of the times.

In summary, Melissa McCarthy brings it on home. She isn’t scared to speak her mind. And, fans appreciate her honesty.

Why Tracy Morgan Is Stronger 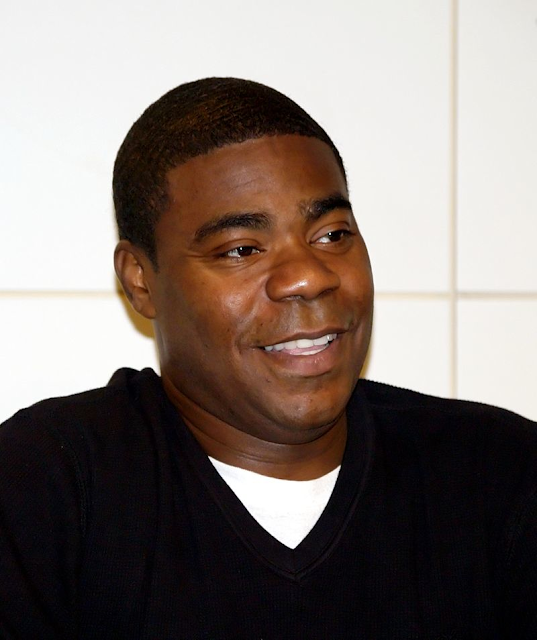 Tracy Morgan’s unfortunate car accident reminds you to cherish your loved ones. Come to grips with reality and concentrate on good times. Remember the importance of family and friends because as my father always says: “You’re here today, and gone today.” You aren’t promised tomorrow or anything for that matter.

I’ve watched this man Tracy Morgan mature through the years. He’s still off the wall but never out the loop. He’s cozy in his own skin. Talk about a comedian with timeless material.

The celebrity returns to Saturday Night Live this season better than ever. My mother instilled in me: “What doesn’t kill you, makes you stronger.” I believe Tracy Morgan is stronger as a comedian since the calamity. Now, he has a message more potent than painkillers Vicodin and Morphine combined. If laughter makes the best medicine, comedians make the best pharmacists. 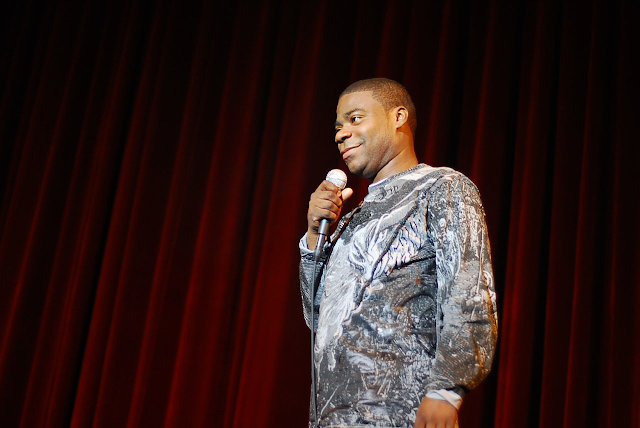 Photos By: Wikimedia Commons
Unfortunately, Tracy lost a near and dear friend in the tragic crash. He saw his friend’s funeral on YouTube because the celeb was in a coma during the burial. Thankfully, Morgan’s wife and young daughter weren’t there inside the vehicle.

I won’t make this a sad story.

Morgan gets paid to make you laugh. His funny bone extends an extra 3 inches. Also, Tracy knows a few things about hustling.

The Bed-Stuy Brooklyn boy grew up in a housing unit right across the street from Jay Z. Plus, he played Hustle Man on the Martin sitcom before his Saturday Night Live tenure. And don’t forget his major contributions to a popular TV show called 30 Rock.

Like Chris Tucker, Tracy Morgan is an amusing character with unique selling points. You recognize his voice in an instant. If you’ve got the blues, watch Tracy Morgan’s movies.

The celeb stays positive. And he doesn’t dwell in negativity. The standup comedian is a standup guy.

Why Christian Bale Is A Top 5 Actor 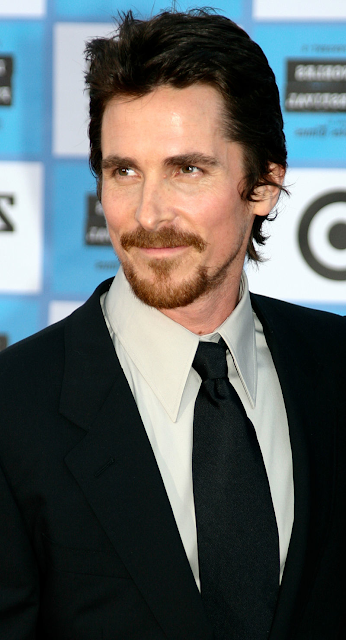 In Hollywood, it only takes 1 movie to create 10,000 jobs. What is more, 1 actor can affect the whole entertainment world. Am I being a bit dramatic?

Although I am channeling soap operas, this is relevant. Christian Bale is a topnotch celebrity. He is one in a million.

I believe Bale is the best method actor of Generation X. Who else literally transforms? Like a Mighty Morphin Power Ranger, Christian morphs into characters.

American Hustle and The Machinist

For art’s sake, Christian Bale dramatically changed his body by gaining excessive fat for American Hustle, and losing extreme weight for The Machinist. Movie buffs must admire the celeb’s dedication to his craft. This shows he challenges his limitations more than any director or producer possibly can. Like Scarface’s song, he “pushes it to the limit.”

And that’s why the world is his. 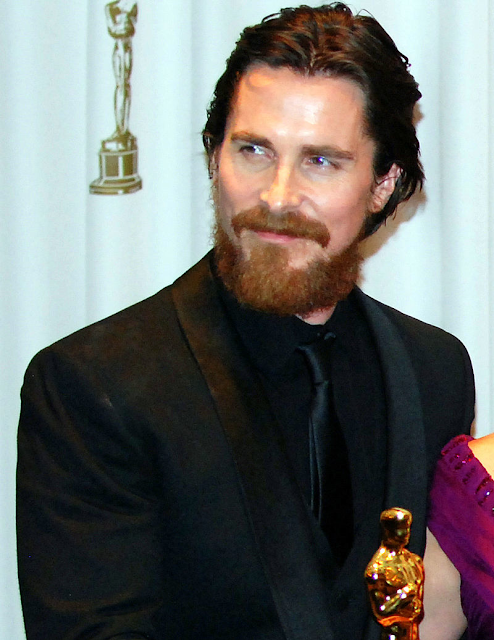 Should Bale have won Best Actor Oscar for American Hustle? I’m on the fence, because the entire cast was perfect. And, I don’t believe an Academy Award totally defines a performer. Plus, we haven’t seen his best yet.

We’ve seen his worst- Terminator Salvation. I remember waking up in the theater shortly before the credits started rolling. Still, this showing doesn’t discount his overall career achievements.

I saw The Dark Knight in Imax right before my first day of class. It was a great time seeing Christian Bale and Heath Ledger go toe-to-toe as Batman versus the Joker. Isn’t it amazing how comic books come alive?

You can tell that Bale bled, sweated, and cried for this movie. The fine art of filmmaking is intricate. That’s why you need dozens of people involved in the editing process. 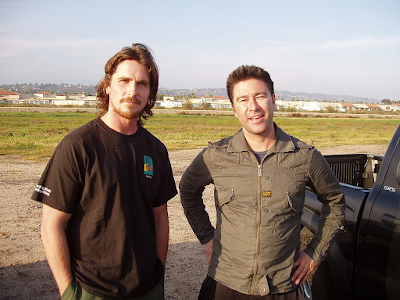 Would the glorious actor make a great director? Christian has it in him due to his meticulous nature. I consider him a top 5 actor, because he will go the extra distance. Without question, there are only a handful of movie stars playing in his league. 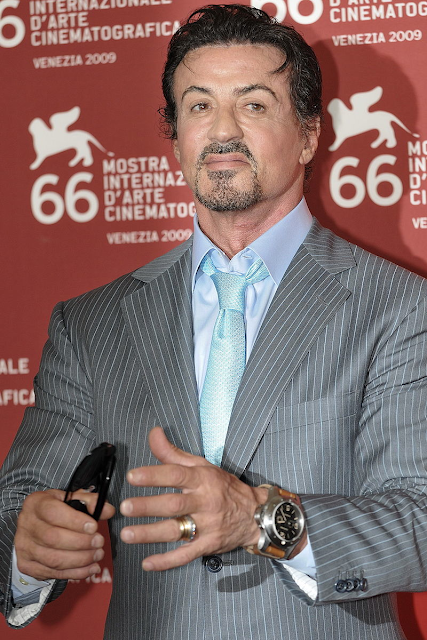 People love reading success stories and watching inspirational movies. Moreover, a great celebrity motivates fans. From Rocky and Rambo to the Expendables and beyond, movie star Sylvester Stallone succeeds because of his desire to achieve greatness. What would happen if more celebrities followed Stallone’s blueprint and aimed to be exceptional models instead of being targeted photo ops?

When you reach a roadblock or come to a dead-end, right then you must figure out how to move forward. First, my advice to you is to take a few steps back, so you see how far you’ve come already. Secondly, realize sometimes that there isn’t a right or wrong answer. Finally, prepare to face tough decisions. 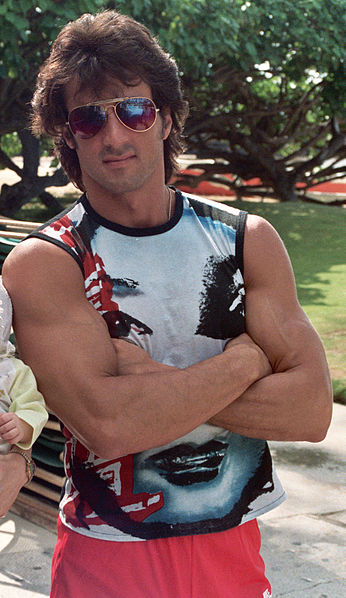 Sylvester Stallone understands “when the going gets tough, the tough gets going.” But what happens when the tough gets tougher and you’re stranded on Gilligan’s Island? This time you’re at the crossroads- the intersection of your life. I believe you should possess a steadfast mindset. Remember your mentality reflects your reality.

In practically every Sylvester Stallone movie, he works philosophical components into the story. I could write a 10-page piece about motivational speeches from Rocky alone. The genius of Stallone is that all his characters have shortcomings- nobody’s perfect. However, the celeb supplements his flaws with sheer willpower. 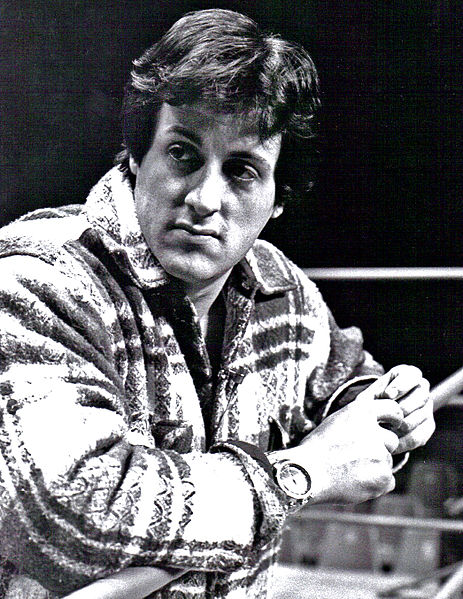 In other words, don’t go down without a fight. Find something great inside you and move forward like Sylvester Stallone. I recommend rereading 33 Motivational Quotes, Song Lyrics, and Movie Lines. You could spend 6 hours digesting this information.

Moving forward entails setbacks and false starts. Although life is full of sprints, it mostly consists of marathons. The landscape of Hollywood is both soft and rough. If you want to jump over the hurdles, it’s better to jog or walk because of those soft spots and rough patches.

Why The Weeknd Is On Fire 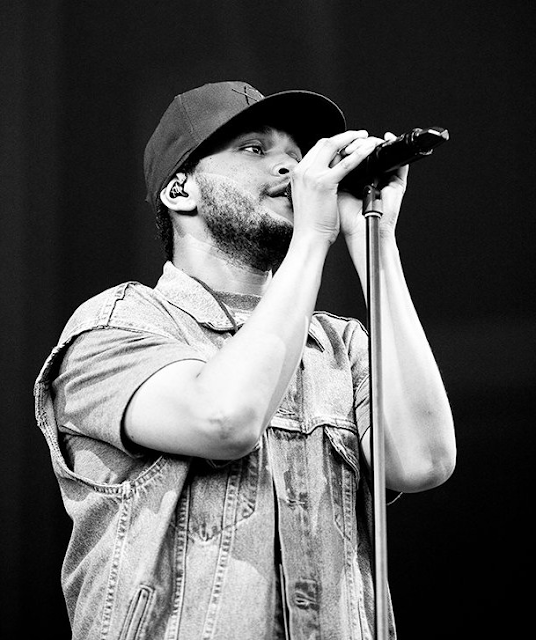 Have you seen the YouTube video explaining how to create a hologram on your smartphone? Can you imagine watching The Weeknd Can’t Feel My Face video in 3D? Have you seen the part when he’s dancing while on fire? And all this time, you thought only Fantastic Four characters could do that.

Right now the Canadian singer has the number 1 Billboard Hot 100 song. He was born to sing. He thrills music fans.  What is more, the story of chasing your dreams never gets old.

Did you know The Weekend dropped out of high school when he was 17? How many great entertainers skip college? To paraphrase, Ellen DeGeneres told the Tulane University graduating class “they wasted their money.” 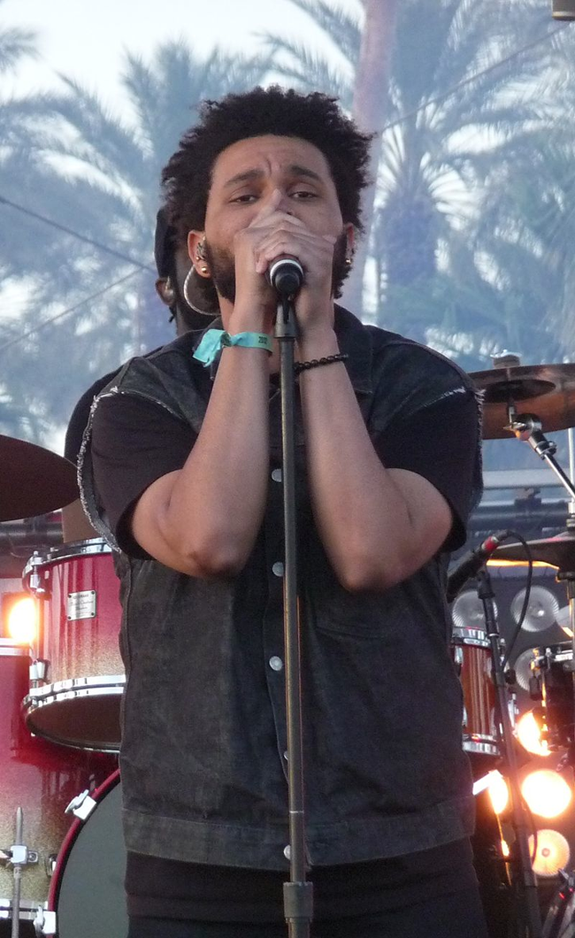 The Love Me Harder singer gets plenty of love and money. Like Lenny Kravitz and Bruno Mars, his groupies are enthusiastic about him. And like a Rolling Stone, the tempting lyricist aka Papa has a home alongside a hat.

Moreover, this 25 year old has youth on his side. But, the artist remains controversial because he frequently references drugs in his music. Despite being explicit, the celebrity completes his objectives. Entertainers should entertain. That’s all.

If celebs want to voice their objections, more power to them. Be aware though that politics is filthier than adult entertainment. Hollywood bosses and music executives look like saints compared to Presidential candidates.

I like that the Weekend isn’t politically correct because political correctness paralyzes pop culture. The Weeknd represents a challenge to the status quo. You see The Weeknd is popular because his lyrics and music videos are not safe for weekdays. 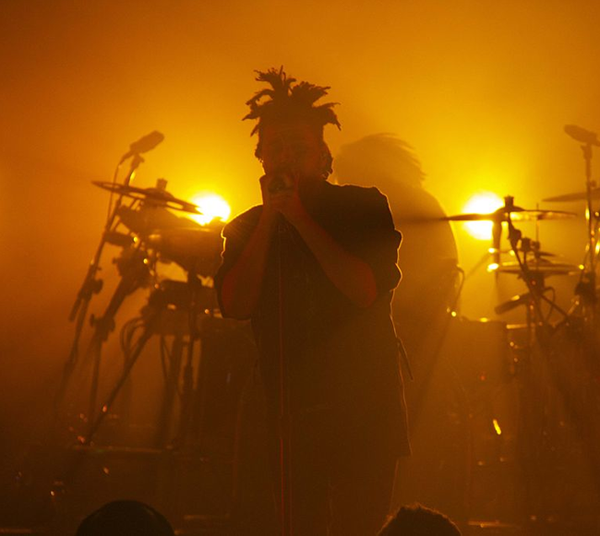 Remember the Alicia Keys song “this girl is on fire!” Well, the Weeknd is on fire too! This boy needs a fire extinguisher, pronto. Give The Weeknd 5 years. He is destined to explode.