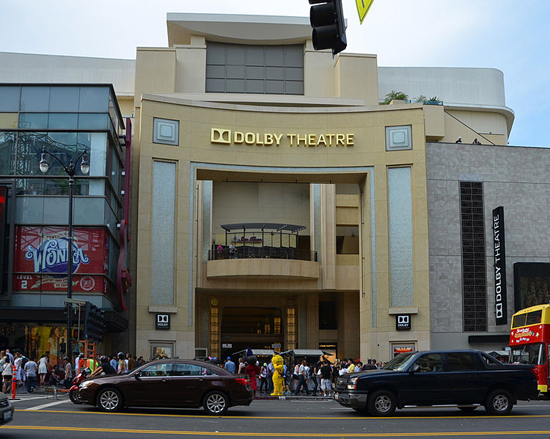 February 29 is a rare day. It is my honor to write and publish on a Leap Year. I will choose my words carefully considering this special opportunity.

Last night, my family and I watched the Oscars while eating dinner and later on some corn for popping. Host Chris Rock took control of the stage right from the start. In the words of Kevin Hart on the red carpet, Rock addressed “the elephant in the room.” Many of Chris’s jokes crossed the line, but wasn’t this expected?

Early on the musical sounds of Sam Smith filled the room. Additionally, Brie Larson won Best Lead Actress for Room. But first, Alicia Vikander (Spotlight) earned it for Best Supporting Actress. However, that was after the Weeknd performed Earned It.

Do you spy a pattern? Mark Rylance won Best Supporting Actor for his Bridge of Spies performance. If you weren’t a fan of repetition, you might be furiously angry that Mad Max: Fury Road scored 6 Oscars. Comic Louis C.K. lightened up the mood with his Mad Max bit. 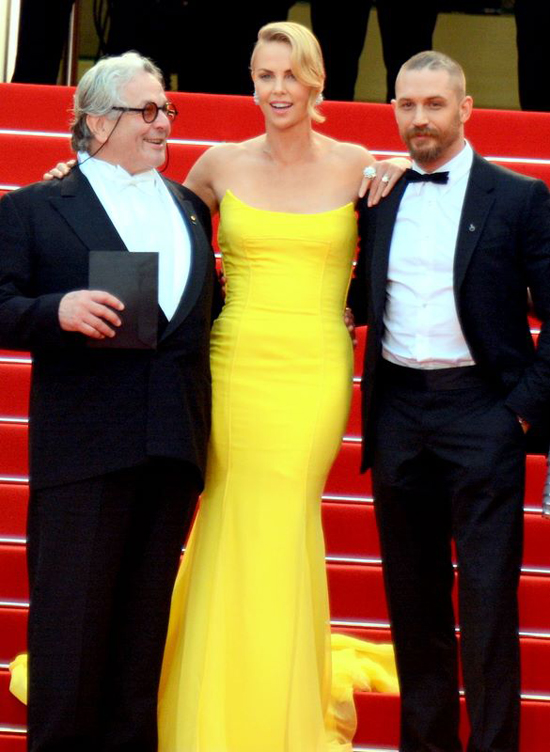 On a serious note, Lady Gaga made a bold move with her song standing against sexual violence. Spotlight received the Best Picture. Once again, Alejandro Iñárritu earned Best Director for The Revenant. The Revenant was also awarded Best Cinematography.

Ex-Machina deservingly took home a statute. Ryan Gosling joked that he and Russell Crowe shared 2 Oscars between them. Oh, in case that wasn’t enough, Chris Rock raised $65,342 selling Girl Scout cookies for his daughters inside the Dolby Theatre. 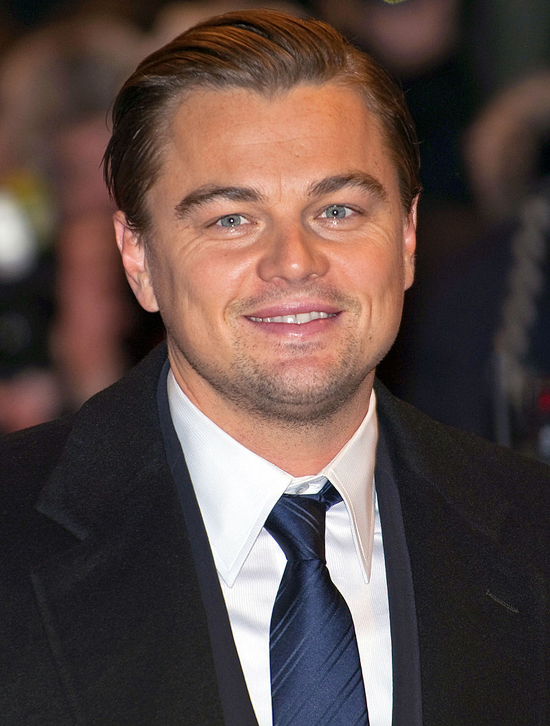 Last but not least, Leonardo Dicaprio earned Best Lead Actor for The Revenant. I believe this was his moment. All of Hollywood was proud of Dicaprio as he stood tall on that stage and accepted this amazing achievement. The moral of the story is: always believe in your dreams. Given an opportunity, take a leap of faith. 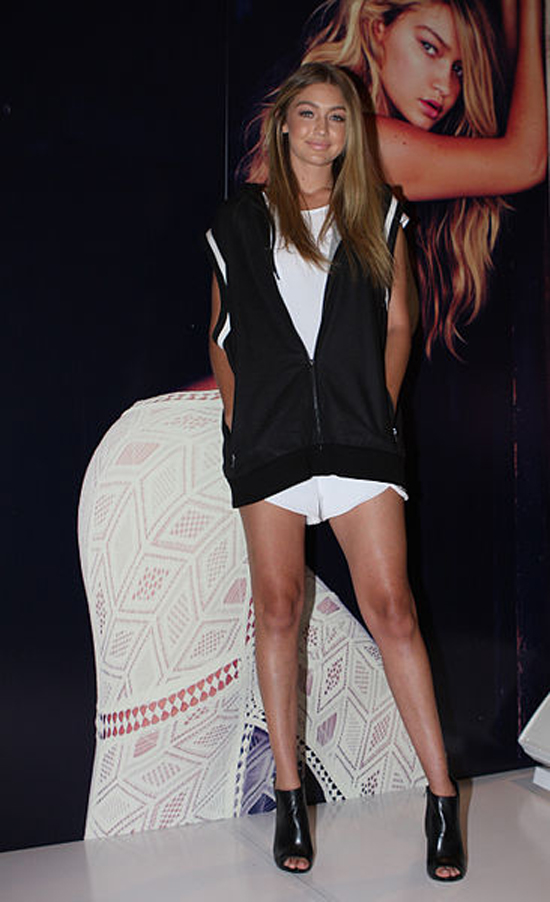 Picture a million more supermen and supermodels. That’s what the world needs the most. Although America’s Next Top Model has officially ended, the supermodel’s quest goes on due to the likes of Gigi Hadid and Cara Delevingne.

Do Gigi and Cara look like a billion dollars or what? Appearances mean everything to models. Even actresses must dress the part to sell the product. Remember all supermodels can be actresses but not every actress can model. 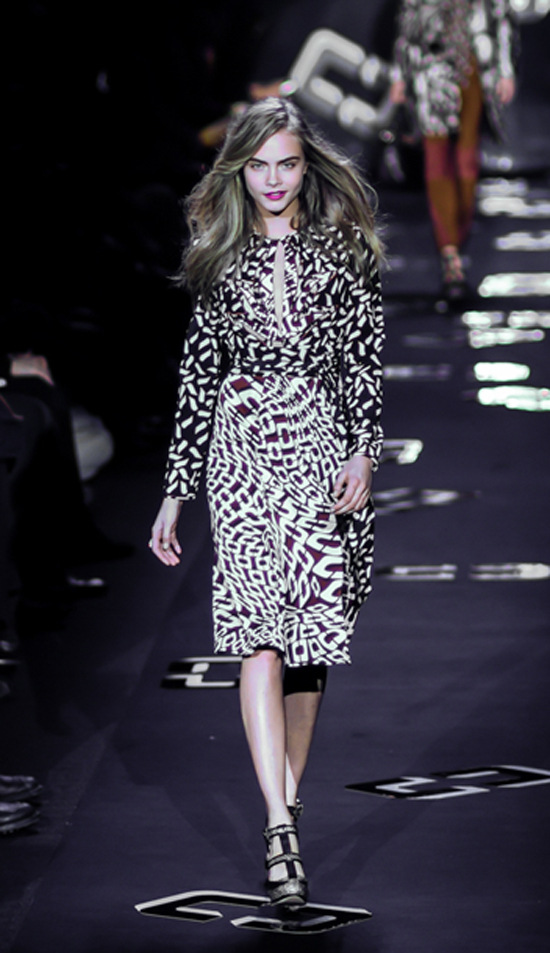 So, who’s hotter? Right now, I believe Hadid is hotter. However, at one time Delevingne was number one.

Supermodel rankings change like the prices of blue chip stocks. It seems the stock of Delevingne is dropping a little bit. And Hadid’s stock price is soaring because let’s face it- she’s the hottest commodity in the business. 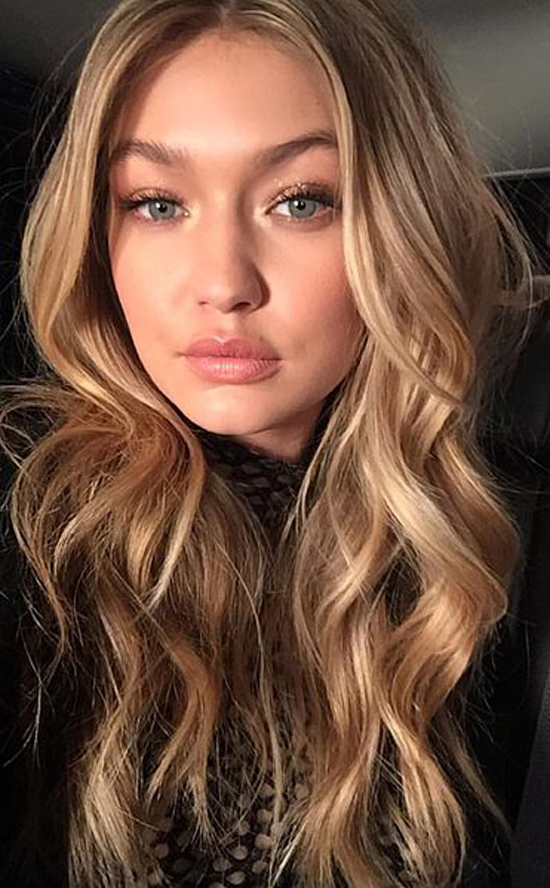 Who wants FaceTime with Gigi? The answer is everybody. This in no way takes away from Cara’s sexiness. I know for a fact you want to Skype Cara.

You see the hotness factor of both models is between 97 and 100. So, I understand if you say Delevingne is hotter than Hadid. 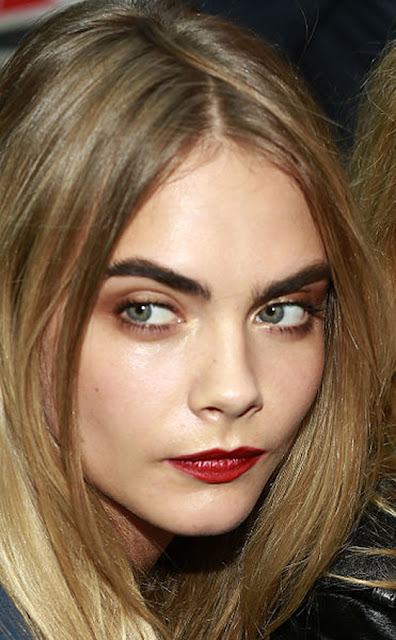 Born in London, England the 23-year-old Cara measures at 5 ft. 8 in (1.73 m). Her hair is a light brown color and she has blue eyes. Apparently beauty runs in her family, because her sister Poppy is a model too. Storm Model Management manages the Delevingne sisters.

The 5 ft. 10 in 20-year-old Gigi Hadid (Kendall Jenner's BFF) originates out of Los Angeles, California. Malibu’s most wanted model is blonde haired and blue eyed. Her younger sister Bella is also a model. Both babes are signed under IMG Models.

This debate I started today will be around for years to come. They will say Cara Delevingne is the next Kate Moss. They will call Sports Illustrated Gigi Hadid the best supermodel in the world. All I ask you is to remember Guru Jay told you first. Like Superman, I’m one in a million.

What would Modern Family be without Sofía
Vergara? Go to Sofía’s Twitter page right now and it reads: Modern Family! She embraces her role as a hot foreign wife/ mama and that’s what I believe makes the show great.

Her character lets her husband lead the old fashioned way. However, the other characters have different structures in their relationships. There is a gay couple. And there’s another couple where the wife takes charge. Clearly, Modern Family represents modern times.

I caught last night’s new episode of Modern Family because I promised you a Sofía Vergara story. How can I write about Sofía’s hot body of work and exclude her hottest work?

In this episode, the neighborhood lost their electricity due to a thunderstorm. They kept trying to regain power and failed until the end. All I really cared about was Vergara’s character. I wanted to see her latest material in order to create fresher content. 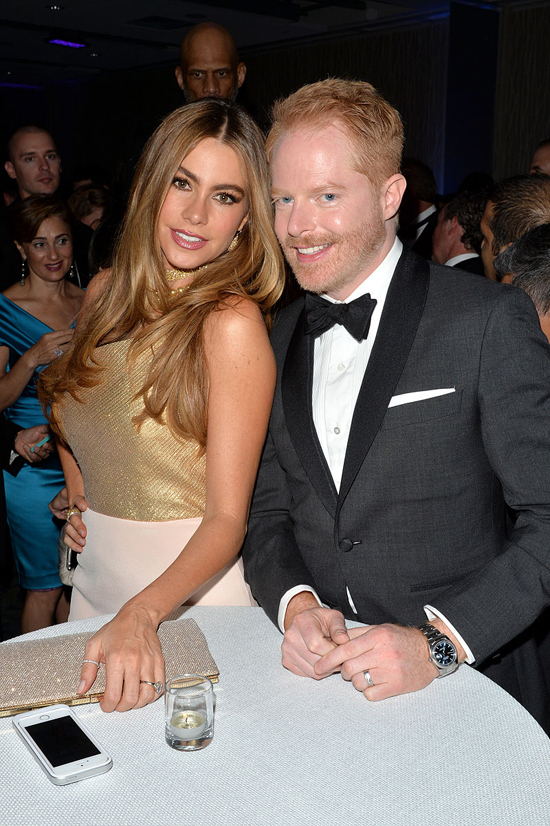 I feel most bloggers blog about the same stuff and that gives readers the same old tired stories. I want you to hear my voice by reading my words. Speaking of voices, I enjoy listening to Sofía talk in a Colombian accent. It’s a sexy tone, am I right?

This celebrity has my number. Remember numbers don’t lie. Millions in Latin America are proud of Sofía Vergara’s accomplishments. She is a success story.

The Hot Pursuit actress hasn’t cooled off any. She’s still hot as ever. Plus, her hotness was on full display during last night’s episode. 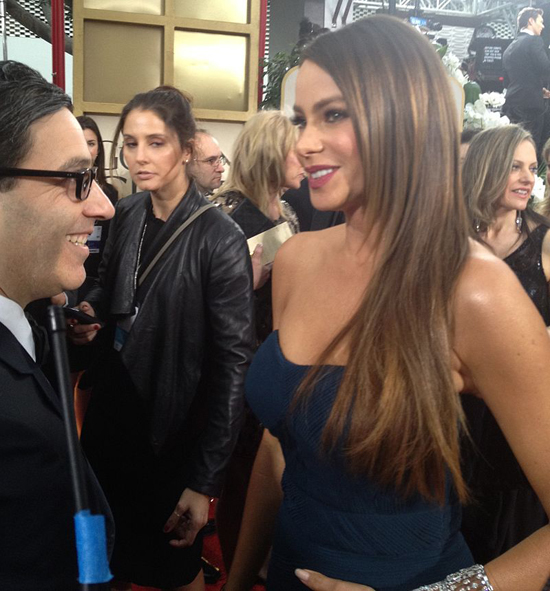 Last summer I published a piece called Sofía Vergara, Eva Longoria, and Brand/ Star Power. I explain how Vergara is more of a brand and Longoria is more of a star. I stand by my words but I now realize Vergara has reached superstar status.

Sometimes I feel like Shakespeare and must compare summer days to beautiful women. 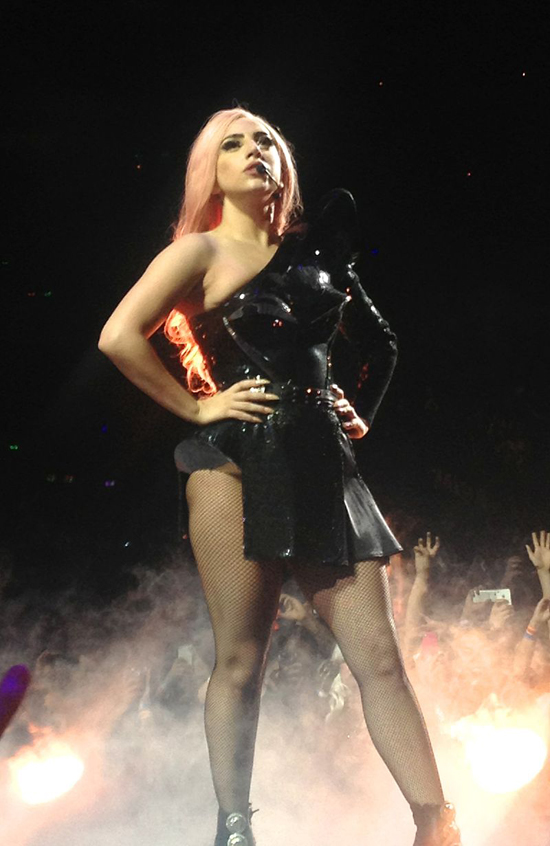 How does Lady Gaga stay relevant when most of her peers fade out of the limelight? You see Gaga is hot right now because she makes bold moves. First, the celebrity gambled on Art Pop. Then she toured with Tony Bennett, which was weird, but she received a big boost from it. As a result, she scored a Barnes and Noble endorsement deal alongside the legendary Tony.

I don’t know about you but my Twitter feed was blazing because of Lady Gaga’s role on American Horror Story. Just when so-called authorities counted Lady Gaga out, she raised the stakes. Remember, we’re talking about a one of a kind entertainer here.

In case you didn’t know, I believed in Lady Gaga in the beginning stages. I made a bold move by publishing this piece called Why Madonna Must Answer to Lady Gaga. My skin grew thick 3 inches because of that article alone. The lesson is haters are gonna hate, but like Taylor Swift I’m just gonna shake- shake it off. 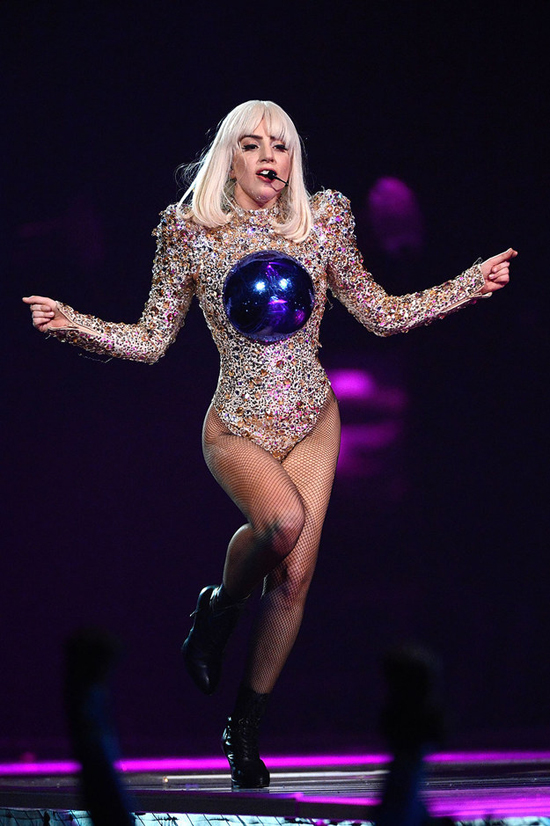 I like Lady Gaga’s music. Plus, I appreciate her dedication and drive. She doesn’t sleep on fans, but does she sleep with them? In every way, Lady Gaga is a sex symbol. The fact she’s gothic separates her from your everyday sex symbol.

Lady Gaga expresses her emotions without sobbing and sending invitations to her pity party. The musician goes beyond the music. She challenges society’s perceptions and problems.

Perhaps, Poker Face is her all time greatest hit. But I don’t believe she’s finished topping the charts yet. Hasn’t she clearly demonstrated her devotion to singing and the performance arts? 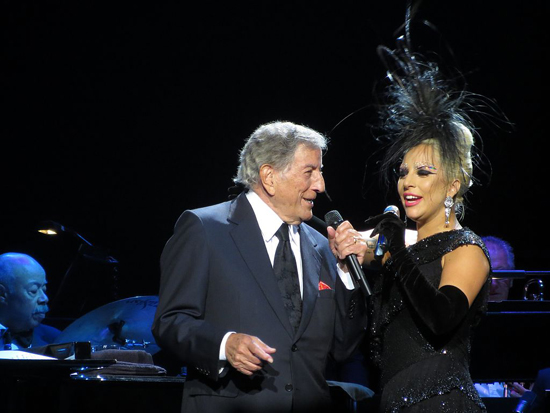 Recently, Gaga and Kendall Jenner made the headlines at Marc Jacobs Show. Add model to Gaga’s resume. Anyone can see the girl is fearless. She’s comfortable walking on stage, singing on stage, dancing on stage. It doesn’t matter. Like Demi Lovato, she’s asking the world what’s wrong with being confident.

Lady Gaga deserves your full attention. I’m not easily won over and I wasn’t Gaga’s supporter from day 1. However, after listening to her music, watching her music videos, and seeing her interviews, on the 3rd day I determined she was great. Greatness recognizes greatness.

I was put off by her boldness at first. But that has been her calling card. That’s why I believe the Lady will be inducted into the Rock and Roll Hall of Fame. 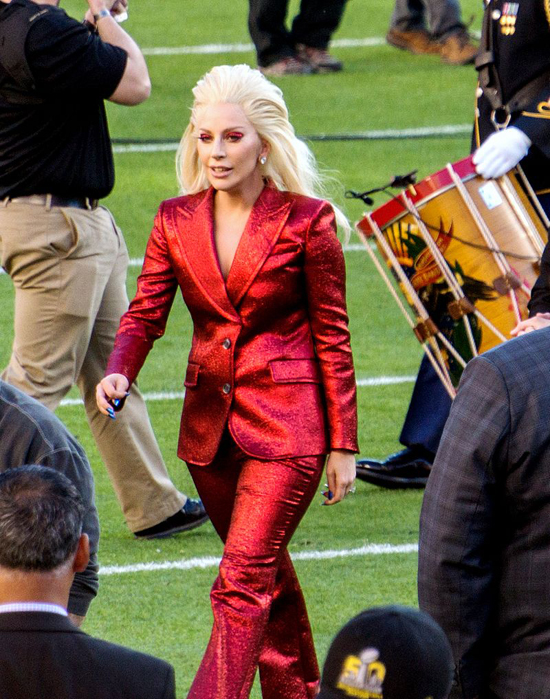 I’ve been a writer for 15 years. If there’s one thing I believe in, it is freedom of speech…The First Amendment of the Bill of Rights. Unfortunately, I’m beginning to notice how celebrities are losing privileges and hard earned money because they express publicly how they feel privately. It seems celebrities no longer own or control themselves.

They’re effectively censored or silenced by corporations for voicing what’s deemed to be politically incorrect. That’s flat out wrong because there are two sides to a story. This may end up stagnating society. How can our country make progress if we’re only in one frame of mind?

Give it up for Lady Gaga because she speaks her mind. It doesn’t appear she’s owned and controlled by a corporate entity. Whether or not you agree with her on the issues, at least respect the fact she’s bold enough to state her positions.

What Mariah Carey Can Teach Ariana Grande and Meghan Trainor 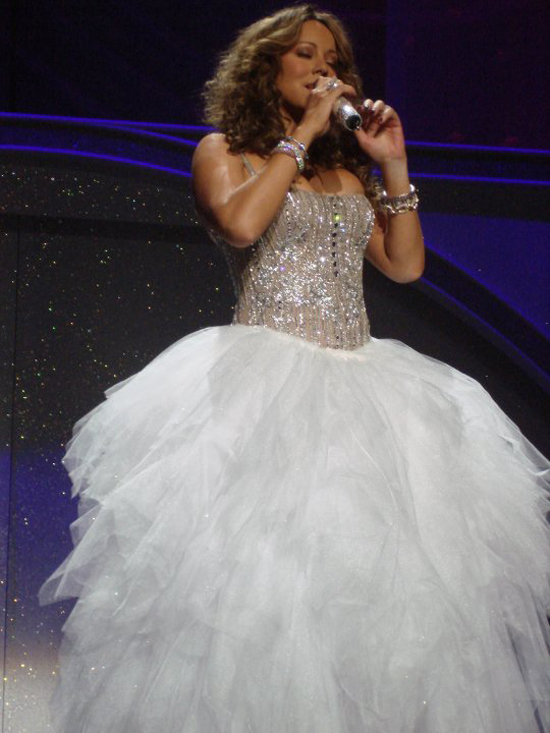 Whether we’re exhausted or fully charged Mariah Carey serves our needs. Who doesn’t mind falling asleep and waking up to MC? How about setting the tone of your alarm clock to one of her songs right now?

Mariah Carey is my favorite singer for a personal reason. When I was 21, I would listen to Mariah’s music with this girl to the crack of dawn each weekend. I only mentioned how much she looked like the star and she told me how big of a fan she was. So we shared that and chilled together.

Mariah Carey’s song was not only my high school graduation class song but my brother’s as well. Mariah Carey is awesome. There’s no doubt about it. 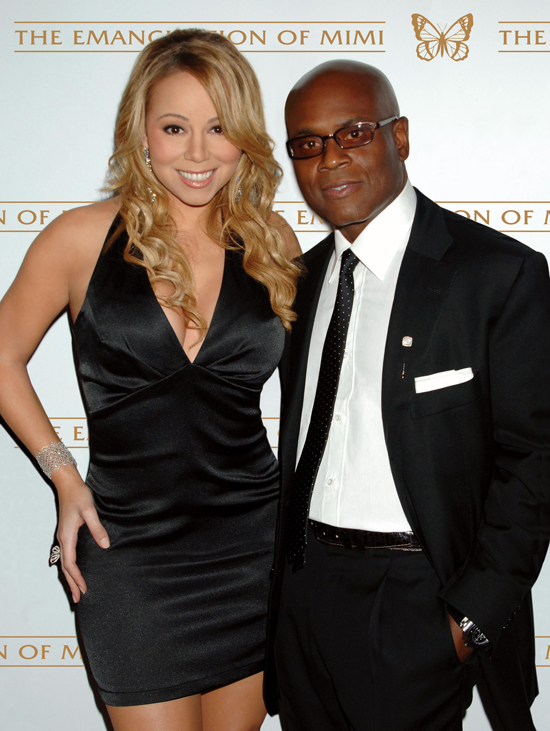 Both Alicia Keys and Ariana Grande sing angelically. However, Mariah Carey has the voice of a goddess. The pureness of her sound is astounding.

What are your favorite Mariah Carey songs? I like We Belong Together, Don’t Forget About Us, and My All. Plus, I enjoy her Beautiful duet featuring Miguel.

The Fantasy songstress consistently creates so many number 1 hits that it seems unrealistic. How many records has she shattered? Who can claim they’ve reached Mariah Carey’s mountain of success musically and financially? 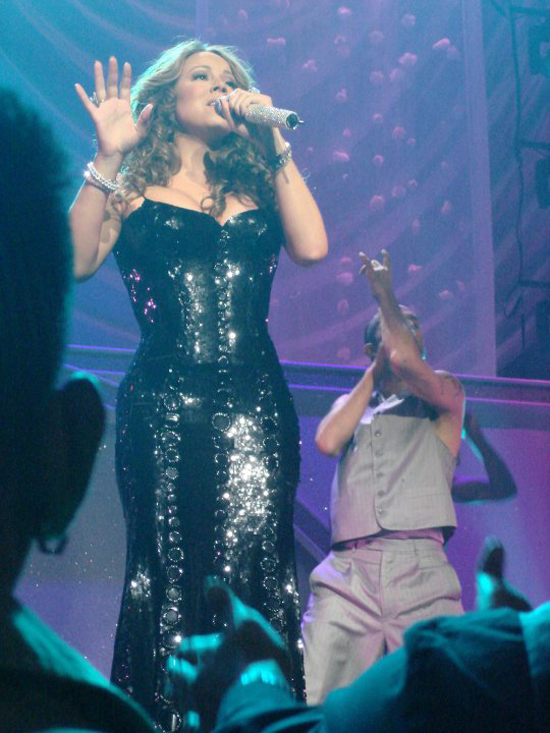 Grammy Award winning Best New Artist Meghan Trainor should meet with Mariah for coffee soon. Mariah Carey is much more than a veteran. She is a four star general of music. She could train Trainor and promote her to top rank.

I go straight to the source and don't beat around the bush. I admire Carey’s kindness and sincerity. She serves everything on a silver platter. Whether we’re tired or wired, Mariah is always something to be admired.