Why Michelle Rodriguez Is a Rough Diamond 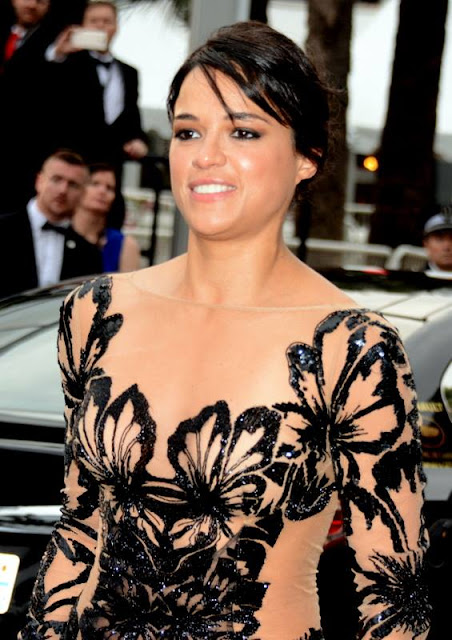 Cinematographers dream about filming Michelle Rodriguez. Her mindboggling beauty is elevated on the silver screen. Everybody from the makeup room to the boardroom enjoys working with Rodriguez.

You will hardly find a better supporting actress. When in doubt, directors call Michelle into audition. The Lost actress is the puzzle’s missing piece.

Of course she has a hot body and hot body of work like Sofia Vergara. However, those eyes capture your full attention. Michelle Rodriguez’s eyes tell a story of their own. Who remembers her gorgeous gaze toward Vin Diesel in Furious 7?

I watched countless hours of Michelle’s movies this month. I can’t get enough of her. I saw at least 3 Lost episodes (the ones where she takes over). Plus I saw the Latina’s Battle: Los Angeles and SWAT. You can always count on Michelle Rodriguez to bring out her best.

Previously, I wrote a story called Who’s the Best? Michelle Rodriguez Vs. Eva Mendes. Check it out. If you’re anything like me, you want to know everything about Rodriguez. 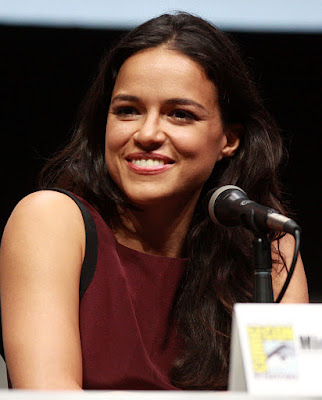 You see showbiz has all shapes, sizes, and colors. That’s the beauty of it all. With so many choices, there’s no reason a movie should be boring. Entertainment business professionals must not make excuses for poor films. Also, give the supporting actresses more credit for their works.

According to Box Office Mojo, Michelle’s movies have grossed $2.1 billion domestically. What is more, Rodriguez is a worldwide box office attraction. Entertainment Weekly named her “the $5 billion Woman” in 2013. 2 years before Furious 7 became the fastest film to a billion dollars.

A diamond in the rough is an unexpected treasure. A rough diamond is expected glory. Michelle Rodriguez meets great expectations.