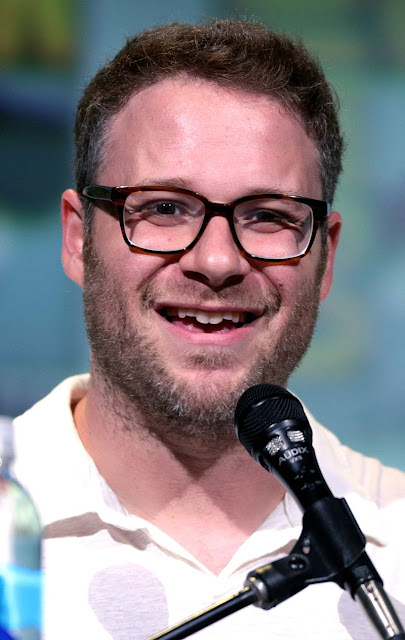 Comedy offers possibilities. Seth Rogen should play a role in Mission Impossible. He could spend some extra time in the gym with Tom Cruise's personal training help.

Canada's complete comedic actor puts the “Can” in Canada. You thought I was going to say trash or recycle bin maybe, didn't you? My advice is to light up your cigars because this thing called life is hard sometimes.

You see comedians light up the world in dark times. We need more laughter and less tears. That's why I'm blogging about comedy today.

Seth Rogen is one of my favorite comedians. You could argue that he is one of the best in showbiz. He just does a good job imitating Drake- that's all.

I'll never forget his joke about Facebook in Funny People. He gave Jonah Hill a comedy lesson. Plus, Adam Sandler got a few pointers (or should I say Pokes) from Seth.

I highly recommend watching Pineapple Express. Who else can't wait to see Seth and James Franco star in Pineapple Express 2? For one, Rogen and Franco go together like beans and cornbread. Who remembers Green Latern? Have you seen the controversial Interview movie?

I like Seth Rogen because he regulates the comedy world. Seth understands how to Dougie. He can teach you how to do it too.

While I'm on the topic of dancing, check out his Lip Sync Battle with Jimmy Fallon? It's on YouTube right now. You'll also enjoy his appearance on the Ellen Show.

In many ways, his comedy comes on you unexpectedly. He never forces his material. The laid back celebrity keeps a low profile and does what is needed.

Are you waiting for Neighbors 2 DVD to hit store shelves? Was Sausage Party funny? I feel Seth Rogen hasn't maximized his true potential yet. Could you imagine a Seth Rogen and Zach Galifianakis collaboration? They could make a rap song to satisfy fans. With 4.5 million Twitter followers, that's a whole lot of potential greatness.