Why Halsey Is Music's Solar Eclipse

Why Halsey Is Music's Solar Eclipse 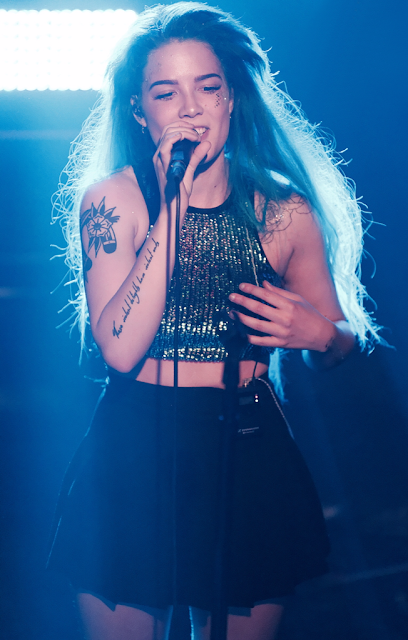 You have been living under a rock if you haven't heard about the solar eclipse. Also, if you don't know Halsey by now, allow me to introduce you to her. Halsey is music's solar eclipse.

Her type of music talent comes around once every 99 years, Halsey was born in 1994 in Washington, New Jersey. Her name is a derivative of a Brooklyn street sign. It is also an anagram of her real name Ashley.

Halsey hasn't always had it easy although she makes her work look effortless. She struggled in the beginning of her career. However, she didn't give up and look at her now.

Halsey is music's solar eclipse because her talent is rare. The Rihanna, Ariana Grande, and Beyonce are a thing of the past. Out of nowhere, Halsey comes and makes a way.

I feel like Halsey falls somewhere between Meghan Trainor and Ariana Grande as far as fame. Make no mistake, she is getting more famous. She has a bright future ahead of her.

She wasn't in Fifth Harmony or Little Mix, yet she has amassed as much star power as them. Halsey has sang duets with the Chainsmokers and Justin Bieber himself. It is amazing what she has accomplished in such a short span of time. Plus, she is only getting more famous and popular for the right reasons.

What is more, her music is making a claim on popular culture. New Americana is taking over American train of thought. Fans can't get enough of Now or Never. In fact, they expect to hear the song at concerts. Right now, you can find Halsey on tour. She is performing in Las Vegas, Connecticut and Boston. It is an exciting time for Halsey and her fans. What is your favorite Halsey song? Do you agree that she is music's solar eclipse?