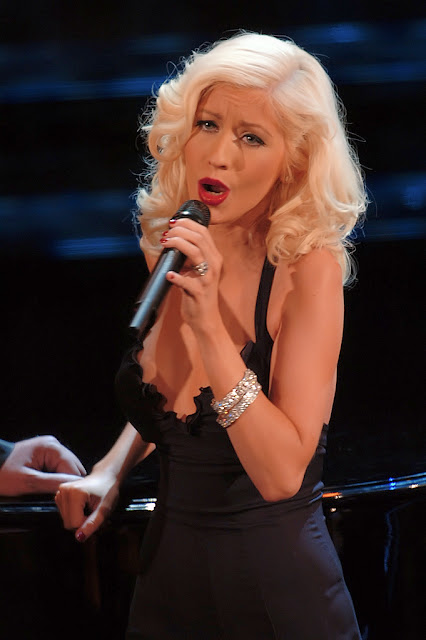 From Barbara Streisand to Christina Aguilera, a star was born in New York City, New York. New York City celebrities like Lady Gaga, shine brightest this time of year. As we celebrate our old friendships and new acquaintances, let’s recognize our favorite New York City celebrities. Who is your favorite NYC celebrity?
Have you ever been to NYC? Have you had a chance to experience Christina Aguilera in concert? Christina Aguilera has so much soul.
I’m excited about Xtina’s New Year's Eve performance tonight on ABC. She brings it home. I look forward to a fun filled night.
If you could copy her voice and repackage it, you would make millions of dollars. Beautiful, Genie in a Bottle, Candyman, Dirrty and Bound to You are just a few of Christina Aguilera’s greatest hits.
Did you know Alicia Keys was from New York? Enjoy listening to Empire State of Mind. Alicia Keys defines rhythm.
Alicia Keys was born to entertain. There’s no one like Alicia Keys, and that’s why she’s recognized today even in Tokyo, Japan.
Let’s throw in Mariah Carey while we’re at it, because she is the epitome of New York City celebrity. When it comes to music this time of the year, who does it better than Mariah Carey? Mariah is a gift that keeps on giving.
Still, New York isn’t just about music. New York City is a land of entertainment…Broadway shows, movies, and television. Scarlett Johansson is a prominent resident.
She has starred in exceptional films such as Lucy, Avengers, and Ghost in a Shell. The excellent Scarlett Johansson is a household name and a big box office ticket. This Hollywood actress should become number 1 soon.
There are a ton of New York City celebrities. It seems every celebrity would like to associate with the city in one form or another. Taylor Swift recently moved there. Who are your favorites?
I am Guru Jay launching into orbit in 5-4-3-2-1!
- December 31, 2018 No comments:

Is Your Entertainment Better Off Now Than It Was Four Years Ago?

Are the music and movies of the 1960s and 1970s better than today’s music and movies? In other words, is your entertainment better off now than it was four years ago? I agree with Bob Seger, today’s music ain’t got the same soul (and I like that old school rock and roll, too.) But if I’m being honest, today’s sound doesn’t compare with yesterday’s sound. It’s simple as that. However, I can’t say the same about movies, because movies go beyond sounds and into visuals.

It is undeniable that visual effects play a large role in making a movie superior. Music is limited to only one sense and that’s hearing. Movies appeal to your sight and sound.

Autotune and audio engineering can’t make up for inferior vocals. To me, music is about the quality and the voice of Michael Jackson can’t be duplicated. You can try to clone him all you want, but there will never be another Michael Jackson.

While the music has digressed, movies have undoubtedly progressed; and that’s for several reasons. Today’s music videos are like mini-movies. Music draws on the ideas of the movie business. Hollywood is a place where dreams come true.

Who would have thought all these remakes were possible? TV shows that once existed, are here again. They’re repackaged and Netflix plays  a large role in making these products superior.
Sometimes, I can’t stand these Netflix Originals because there are so many of them. But I most admit most of them are damn good.

It is no fault of the artists, but the music can’t get any better. They don’t make stars like they used to. But, you’ll find the movies will keep getting better until there’s a technological explosion. What’s new in the entertainment industry? Do you believe there’s nothing new under the sun?