How Awkwafina Became a Brand Name

How Awkwafina Became a Brand Name 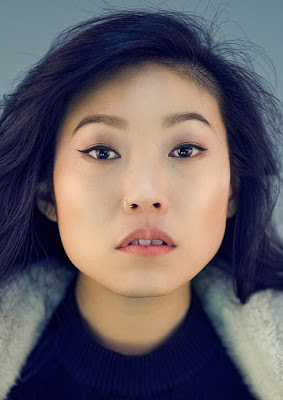 How do you describe Awkwafina to your parents? She is not a brand of water, but she is a marketable drink. Due to her graphic content, she is an “adult beverage.” Don’t confuse Awkwafina with Aquafina. You’ll get in trouble if you consume her, and you’re under 18.

All jokes aside, Awkwafina appeals to a wide demographic of consumers. She is a Hollywood star, who can bank on her name. Like 50 Cent, the Asian American rapper turns financial institutions into comedy clubs. Maybe, she is laughing at Wells Fargo right now.

Did you know the celebrity was fired for her viral music video called “My Vag?” She went on Late Night with Seth Meyers and described the ordeal. Although she was fired, this video gave her instant credibility.

In a short span of time, Awkwafina became a brand name in the notorious entertainment business. I believe the celebrity will have longevity in the entertainment industry, because she is diversifying her talents. She’s more than just a rapper. She is a multi-talented entertainer.

Additionally, I feel Awkwafina is a pretty good actress as well. I highly recommend watching Ocean’s 8 and Crazy Rich Asians. After giving an amazing performance in Ocean’s 8, she gave an even better one in Crazy Rich Asians. The one-of-a-kind entertainer is refining her skills. She has the potential to be a big blockbuster attraction.

No one on the corner has swagger like this beautiful Asian actress. She reminds me of Lucy Liu. I would like to see her replace Lucy Liu’s character in a remake of Kill Bill.

There are infinite possibilities with Awkwafina. Without a doubt, directors love working with her because she is unique. Awkwafina “started from the bottom, now she’s here.” Who wants to see her work with Drake?

She is becoming a favorite New York City celebrity. Awkwafina became a brand name the new school way. There’s nothing old-fashioned about this funny girl. Also, her sense of humor and humility has taken her a long way. I’m excited every time I read about Awkwafina in the news.