Why James Franco Is a Cream of the Crop Talent 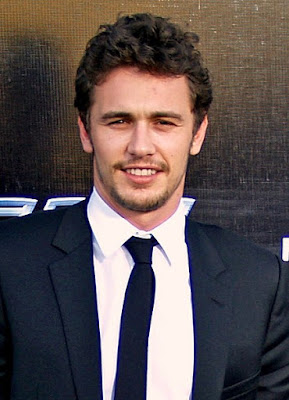 In 2007, I watched the IMAX version of Spider-Man 3 starring Tobey Maguire in theaters. It was one of the best superhero movies I’ve ever seen. I remember identifying with James Franco’s character (Harry Osborn) at the time. Franco was very convincing in his role.

They were going to make Spider-Man 4 but cancelled. What are your thoughts on the new Spider-Man? I haven’t seen the new franchise yet. James Franco is the main reason I like the original.

When I was younger, I watched Freaks & Geeks on TV. I didn’t care if they were reruns. I memorized the theme song “Bad Reputation” by Joan Jett. This show, much like That 70’s Show, was a hot topic of popular culture by teenagers. Again, James Franco’s character (Daniel Desario) was relatable. James Franco literally stole the show.

I’ve been a James Franco fan for a long time. He is an impressive guy. Did you know he has a PHD? That’s one reason he is believable in Planet of the Apes as Dr. Rodman. I feel he has earned coveted roles because of his education.

James Franco excels at drama, but comedic acting is his forte. I argue that Pineapple Express is his best movie bar none. Maybe, that’s a little strong but you understand. His chemistry with Seth Rogen is unmatched.

Moreover, James Franco is a Saturday Night Live (SNL) legend. He’s hosted the show four times to date, and I’ve watched every minute of his SNL.
Have you seen 127 Hours? The thespian put his heart and soul into the film. Additionally, he has demonstrated his remarkable talent in a variety of other films.

This Hollywood star succeeds because he takes risks. James Franco sticks his neck out and goes the whole nine yards. That’s why he is a cream of the crop talent.